Flyovers in Visakhapatnam that were built to ease the traffic

Flyovers in Visakhapatnam that were built to ease the traffic Flyovers in Visakhapatnam are quite critical as the rapidly developing city faces a lot of traffic congestion, especially during peak hours. Many busy areas, such as NAD Kotha Road, RTC Complex, Maddilapalem, Satyam Junction, and Kancharapalem, are often congested with traffic. With the number of upcoming industries, Special Economic Zones (SEZs), and national level universities, flyovers in Visakhapatnam are critical for controlling the traffic flow. These flyovers also help speed up travel time as people will not be stuck in traffic. In fact, in March 2020, the Greater Visakhapatnam Municipal Corporation (GVMC) has also proposed four more new flyover projects which will help the city with better navigation.

Here is the list of five existing flyovers in Visakhapatnam that are frequently used. The NAD Flyover is a two-level flyover that was constructed to solve the traffic issue near NAD Junction. This flyover forms a four road junction which connects Pendurthi, Gajuwaka, Ganapuram Railway Station Road, and Maddilapalem. There is a six-lane under passage road that segregates the moving traffic. This flyover spreads over a stretch of 10 km. The NAD Flyover was formally inaugurated by Andhra Pradesh Chief Minister, YS Jagan Mohan Reddy, on 18 December 2021. Telugu Thalli Flyover connects Ram Nagar, Asilametta, Dwaraka Nagar and Railway New Colony. It stretches over a length of 1.5 km. This is one of the flyovers in Visakhapatnam that was constructed to divert the Railway Station Road, and RTC Bus Stand, traffic near the Asilametta Junction. The Telugu Thalli Flyover was opened in October 2013. 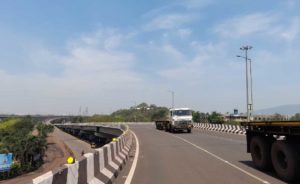 The Kancharapalem Flyover is the bridge connecting Visakhapatnam Railway Station to the old Kancharapalem Road. The area in which the flyover is located is called Rammurthy Pantulupeta, near Kancharapalem. This flyover was constructed in the early 2000s to control the traffic flowing Convent Junction to Kancharapalem. It stretches over a length of 1.5 km.