The Mumbai Indians (MI) find themselves in an alien situation, losing their first three matches in a row. Despite having some of the biggest names in the IPL on their side, MI has failed to capitalize on it. On the other hand, Royal Challengers Bangalore have found their form after losing out to PBKS in the first match. RCB will be taking the field today as the more confident side, winning their last two matches. Here is a detailed pre-match report of the 18th match of IPL 2022, MI vs RCB.

Mumbai, especially Daniel Sams, will be trying to forget their last match against KKR. As if the pain of conceding 36 runs in a single over isn’t enough, the Australian pacer was bashed by his fellow Aussie bowler, Pat Cummins. This might just create the opportunity for Riley Meredith to don the Mumbai jersey for the first time. Dewald Brevis’s inclusion in playing XI has been justified, as he scored 29 runs in his IPL debut. The top pick of the season, Ishan Kishan, is definitely proving worthy of every penny, being the top scorer for MI so far. Youngster Tilka Varma is here to stay for a long time and is sure to find himself in the playing XI for the majority of the season.

The top order of RCB looks promising with the likes of Faf du Plessis and Virat Kohli. Apart from Akash Deep, the majority of the players have shown decent form in the first three matches. Though David Willey has not proved himself yet, he can be of good use down the order with some quick runs and can get breakthroughs with the ball. Siddarth Kaul might find a place in the playing XI, replacing Akash Deep. Shrefane Rutherford hasn’t been very impressive either.

Out of the 31 matches played between RCB and MI, Mumbai won 19 matches while RCB won 12. Virat Kohli is the highest run-getter for RCB against MI, scoring 779 runs, while Pollard is the leading batsman for MI against Bangalore, scoring 553 runs. Harshal Patel has a 5-wicket haul against MI, who bowled a brilliant spell of 5/27. On the other hand, Bumrah has picked up 24 wickets RCB.

Enjoy the MI vs RCB match and stay tuned for more IPL 2022 updates! 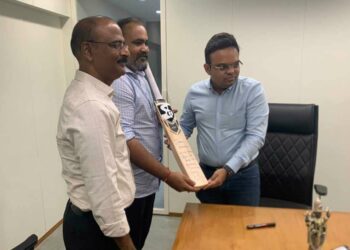