INS Viraat and its tumbling future 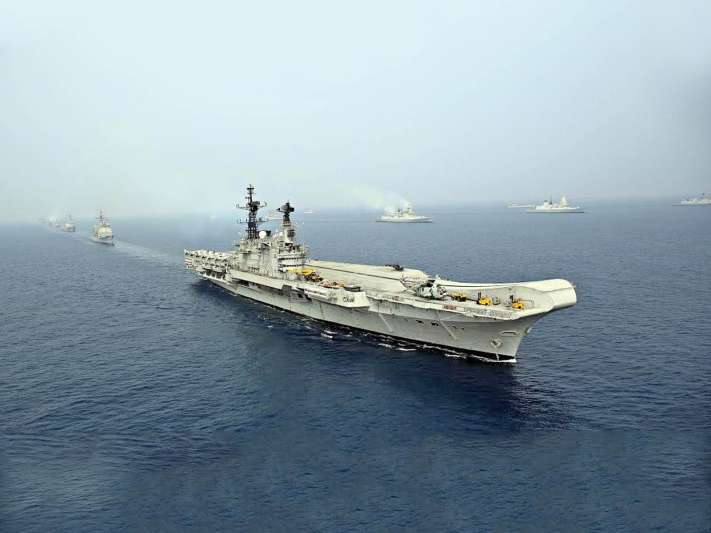 INS Viraat To Be Decomissioned INS Viraat, the world’s oldest aircraft carrier which is still in active service will soon be decommissioned on 6 March with a ceremonial send-off in Mumbai.

While the proposal to convert it into a museum is yet to take any concrete shape, the warship is in danger of being junked and sold for scrap after the send-off. Talks are on with the Andhra Pradesh government which has expressed interest in taking in the ship.

However, Defence ministry (MoD) sources told that it may be forced to scrap the 27,800-tonne carrier because of the complicated situation with the AP government. It will cost almost Rs 1,000 crore to convert the 13-storey high INS Viraat into the proposed aircraft carrier museum, with a proper final resting place or berthing, backed by a self-sustaining revenue model. The Andhra government is willing to take the carrier but is demanding the MoD foot half the cost. The Navy meanwhile is preparing to distribute the remaining 11 Sea Harrier “jump jets”, which operated from INS Viraat’s deck, as museum pieces. Referred to as the ‘Grand Old Lady’ in the naval community, Viraat was completed and commissioned in 1959 in the Royal Navy of the United Kingdom as ‘HMS Hermes’.

It was decommissioned in 1984 and subsequently commissioned in the Indian Navy on 12 May 1987. Aircraft like Sea Harriers, White Tigers, Seaking 42B, Seaking 42C and Chetak helicopters have been operated from the warship. The ship’s name is entered in the Guinness World Records for being the oldest serving warship. The gala event will see the lowering and wrap-up of the naval flag installed on the warship at sunset, marking an end to a long sea odyssey lasting 55 years, including 30 years in the Indian Navy. The decommissioning ceremony will be attended, among other dignitaries, by Defence Minister Manohar Parrikar.