Learn the history of INS Kursura - The Submarine Museum in Vizag

Learn the history of INS Kursura – The Submarine Museum in Vizag 24 August 2002 marks the date when the INS Kursura submarine was first opened to the public as a museum on RK Beach in Visakhapatnam. Nineteen years have passed since then and still, the submarine dons its originality. Today, it is revered as one of the must-visit tourist attractions in Vizag.

INS Kursura was India’s fourth submarine and was commissioned on 18 December 1969 at Riga, Soviet Union. She began her maiden and homecoming voyage on 20 February 1970 and took over a month to reach India. On arrival, it was made operational under the Indian Navy’s Western Naval Command.

INS Kursura operated in the Arabian sea and was a key player in the Indo-Pakistani war in 1971. The submarine is believed to have contributed in the sinking of the Pakistani submarine PNS Ghazi, which is regarded as one of the highest points of the war. It eventually led to India’s first emphatic military victory.

Kursura was later used for test-firing NSTL 58 torpedo in 1975. She also participated in the first and second Anti-Submarine Warfare (ASW) training exercises in Singapore. With 31 years of service and traversing 73,500 nautical miles, INS Kursura was decommissioned on 27 February 2001. Acknowledging the need to preserve this naval gem, the Indian Navy and Ministry of Defence gifted this beautiful submarine to Andhra Pradesh.

While all the above will be beautifully explained on your visit to the submarine museum Vizag, here are the lesser-known or interesting facts of the INS Kursura Submarine.

#2 In 1970, INS Karanj, the sister submarine of Kursura was severely damaged when she surfaced directly below a ship. As no drawing or a model was available to the designers for reconstruction, Kursura was used as a perfect template. With this, Karanj was perfectly repaired in the nick of time for the Indo-Pak war.

#3 Despite being decommissioned in 2001, INS Kursura still receives the Indian Navy’s “Dressing Ship” honour which is usually awarded only to active ships.

#4 INS Kursura has travelled 73,500 nautical miles in its 31 years of service. This distance is significantly more than the diameter of the earth.

#5 INS Kursura has only 2 washbasins and 2 restrooms in the entire submarine. As one of the councillors on the submarine museum recounts, sometimes, the submarine would be in the middle of the sea for more than a month with 77 crew members on board. Ramakrishna Beach in Vizag: Much more than a beach 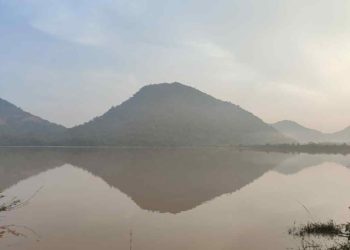 Gambheeram Reservoir: Your source of tranquility in Vizag Things to know before you visit the hills of Vanjangi