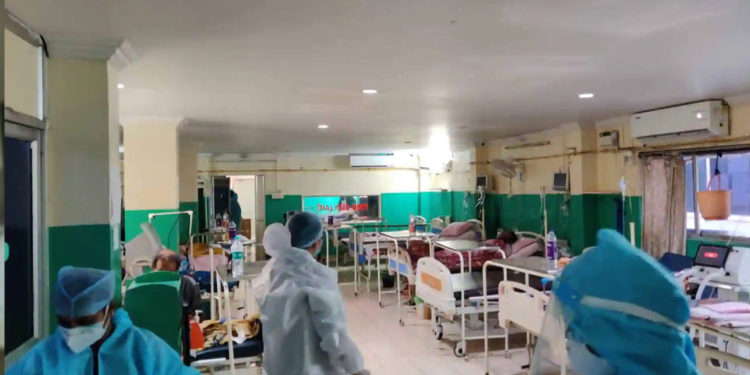 “Hospital management should increase the range of services, under the Aarogyasri Scheme, and utilise the revenue obtained for the development of the hospital,” said the District Collector, Dr A Mallikarjuna IAS, when he paid a visit to King George Hospital (KGH) Vizag and inspected the hospital wards as well as interacted with the patients.

During the visit to the wards, the District Collector expressed dissatisfaction with the maintenance of the hospital premises in Vizag, especially of the casualty wards. He asked to provide better services to patients in King George Hospital so that fewer patients will defer to the private hospitals in the city. The District Collector particularly highlighted the bad maintenance of the bathrooms used by the patients and instructed hospital management to keep these bathrooms clean.

This issue was raised during a meeting with the medical staff and officials of KGH where the District Collector asked to make plans and submit detailed reports for any new developments under the Nadu-Nedu programme. He also told the KGH officials to submit bills for the repair work of the medical equipment. “Efforts will be made to get a new MRI scanner for KGH. There should be wheelchairs available round the clock at the OutPatient (OP) Block and the staff should be available for handling and taking care of the patients,” said the District Collector.

The District Collector told the medical authorities and sanitation staff of KGH that he will be visiting the hospital again after 15 days and asked to ensure that the hospital premises are neat and clean by then.

It was earlier proposed to build new buildings for some of the major departments at KGH which are currently in dilapidated condition.