A fire broke out today in the afternoon at the Beaumonde Towers in Prabhadevi, Mumbai, which consists of an apartment owned by the famous Bollywood actress, Deepika Padukone.

Deepika Padukone has an apartment on the 26th floor and an office on another floor of the Beaumonde Towers. The actress is reported to be shooting for a brand and is not present in her apartment when the fire broke out on the 33rd floor of the building.

Deepika has tweeted that she is safe and thanked everyone for their concern.

I am safe.Thank You everyone.Let us pray for our firefighters who are at site risking their lives…?? 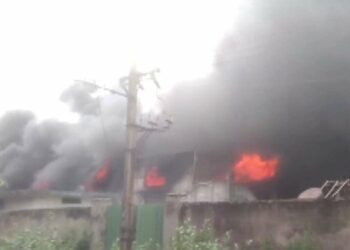 Major fire breaks out at manufacturing unit in Vizag, no casualties reported