With the second wave of the Covid-19 pandemic gripping the state of Andhra Pradesh, it seems like the Telugu film fans might have to go through another summer without many movies releasing in the theatres. Already, quite a few Telugu movie releases have been postponed indefinitely by their makers. While a few other movies like Pushpa, Major and Radhe Shyam haven’t been postponed, it looks like official announcements regarding their postponements will come in the next few days.

So far, the following seven Telugu movie releases have been officially postponed due to the Covid-19 pandemic: Starring Naga Chaitanya and Sai Pallavi in the lead roles, Love Story was the first major Telugu movie to have its theatrical release postponed. This romantic drama marks the reunion of Sai Pallavi with Fidaa (2017) director Sekhar Kammula. The film was supposed to release on 16 April 2021 but its release was postponed with an official announcement from the makers. 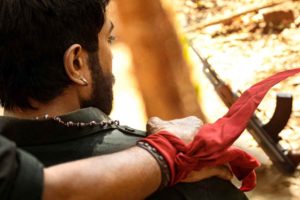 The biggest announcement of all was Chiranjeevi and Ram Charan starrer getting postponed. Originally slated to release on 13 May 2021, this action drama had a lot of Tollywood fans excited about the prospects of Chiranjeevi and son Ram Charan working together.

The film also stars Kajal Aggarwal and Pooja Hegde as female leads and is being helmed by popular Telugu director Koratala Siva. The new release date hasn’t been set for this highly-anticipated Telugu movie. This romantic comedy by Naresh Kuppili is another Telugu movie that everyone was waiting for. It was supposed to be released in theatres on 1 May 2021 but has now been postponed. The film was shot majorly in Hyderabad in 2020. Paagal stars Vishwak Sen as the protagonist, along with Simran Choudhary of ‘Check’ fame and Nivetha Pethuraj. The film’s teaser was released on 18 February 2021. Also called ‘Ishq: Not a Love Story’, this romantic thriller is a remake of the 2019 Malayalam hit of the same name. It stars Sajja Teja and Priya Prakash Varrier in the lead, with S.S. Raju as the director of the film.

The original version of Ishq was widely praised by critics for its stance on moral policing and had everyone excited for the release of the Telugu remake, which was supposed to happen on 23 April 2021. Ever since this multi-lingual film was launched, it has been in the news due to one controversy or the other. Even when it came to the movie’s release date, there seemed to be some kind of disagreement as Kangana Ranaut wanted it to release while the makers wanted to postpone it. In the end, it was decided to postpone Thalaivi indefinitely.

Starring Kangana Ranaut as the titular character, Thalaivi is based on the life of late politician and Tamil actress J. Jayalalithaa. It also has Arvind Swami and Nassar in key roles while being directed by AL Vijay. The movie’s original date of theatrical release was 23 April 2021. Another Telugu movie that everyone was excited about was Tuck Jagadish. Marking Nani and director Shiva Nirvana’s second collaboration after Ninnu Kori (2017), Nani fans were all swooned by the film’s trailer which released on 23 February 2021. Originally, this action film was slated to release on 23 April 2021 but it has been postponed indefinitely. On 12 April 2021, Nani had taken to his social media channels to announce the film’s postponement.

Tuck Jagadish has some big names in its cast like Nassar and Jagapathi Babu, while Ritu Varma and Aishwarya Rajesh portray the two female leads. Rana Daggubati’s Virata Parvam has also been postponed due to the Covid-19 pandemic. The period drama which also stars Sai Pallavi, Priyamani and Nivetha Pethuraj in prominent roles, was earlier supposed to release on 30 April 2021.

Virata Parvam focuses on the Naxalite activities that took place in Telangana during the 1990s. The film is being directed by Venu Udugula. The release of the Hindi version of Rana’s last film Aranya has also been postponed.

With all these Telugu movies having their releases postponed indefinitely and the Covid-19 situation not seeming to get any better, it’s likely that some of them might be released directly on OTT platforms.