One of the rising stars of Tollywood, Panja Sai Dharam Tej has been churning out solid performances ever since his debut. Being one of the newest actors from the Konidela family, a lot of pressure rests on his shoulders to deliver the goods and become a mainstay in Hollywood. With his recent release Solo Brathuke So Better (2020), he has been showing his acting props. Here are some of the blockbuster movies of Sai Dharam Tej for you to watch:

Directed by Harish Shankar, this 2015 Tollywood film, alongside Sai Dharam Tej, stars Regina Cassandra and Adah Sharma as the female leads. The plot of the film revolves around a money-minded boy who goes to the United States to seek opulence. This film was Tej’s third and a mammoth commercial success. This film was later remade in Bengali by Eskay Movies as Chalbaaz.

Supreme is a 2016 action comedy based on a fictional royal dynasty in Anantapur. It is the story of a taxi driver who becomes an impediment to a mafia don who threatens a charitable trust. Directed by Anil Ravipudi, and produced by Dil Raju, this film had Raashi Khanna as the female lead. This film received positive reviews at the theatres and was a tremendous success at the box office.

Watch it on: Zee5

Chitralahari is a 2019 comedy-drama film that revolves around a socially misjudged engineer, who runs from one office to another with a project at hand. Alongside Sai Dharam Tej, the film stars Kalyani Priyadarshan and Nivetha Pethuraj. This film also stars Sunil, Vennela Kishore, Posani Krishna Murali, and Brahmaji in prominent roles. The music for the film was composed by Devi Sri Prasad. It’s one of the best movies by Sai Dharam Tej in his career.

Watch it on: Amazon Prime Video

Prati Roju Pandaage is a 2019 comedy-drama film that revolves around a grandson and his grandfather. This film is a theme-based depiction of the sorry state of affairs of how society treats old people. It stars Sathyaraj, as the 75-year-old man who falls ill and is left alone with no one to take care of. Prati Roju Pandaage was later dubbed and released in Hindi as Har Din Diwali.

Solo Brathuke So Better is a 2020 romantic comedy-drama directed by Subbu. This was his debut film as the director. The plot revolves around a student who is the author of a book that has 108 principles to live life solo as a bachelor. It may be noted that a major part of the film was shot in Vizag with the unit filming scenes at GITAM and Kailasagiri in the city.

Watch it on: Zee5 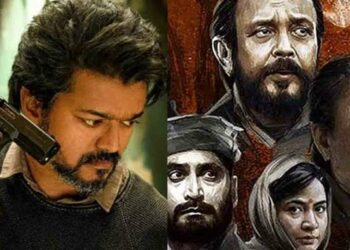