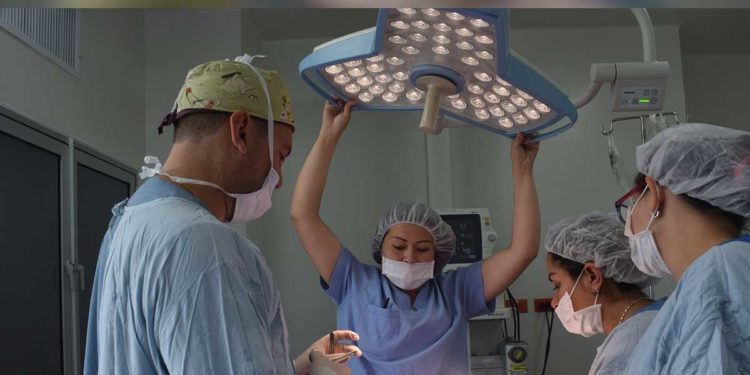 As a first of its kind in Andhra Pradesh, a rare and delicate orthopaedic surgery was performed on a 33-year-old by a doctor in the Apollo Hospitals of Vizag, on 5 July 2021. Dr. Abdul Khan, a senior orthopedic surgeon from the city’s corporate hospital, performed the surgery.

A 33-year-old male patient was admitted to the hospital with intermittent pain and swelling in the midfoot. He was suffering from this ailment for the past 8 years. An MRI scan, taken at the hospital, showed significant degenerative arthritis in the talonavicular and calcaneocuboid foot joints. Addressing the issue, Dr Khan performed arthroscopies, surgical procedures to look at, diagnose, and treat problems inside a joint. The talonavicular arthroscopy was done through dorsomedial and dorsolateral Midtarsal portals and calcaneocuboid arthroscopy was carried out through lateral and dorsolateral portals. The Vizag doctor did a synovectomy and debridement of both joints. He also took tissue samples for microbiological and pathological analysis to know the cause of the problem.

The surgery was successful, the patient recovered well and was discharged within 6 hours of the surgery. The patient and his family have expressed gratitude to Dr Khan and Apollo Hospitals Management.

This is not the first time such medical miracles have happened in Vizag hospitals. Earlier in January, a 55-year-old man was on the verge of losing his left long bone in an accident. Doctors at the Visakhapatnam hospital procured an artificial bone from Hyderabad and implanted it, finally resulting in the 55-year-old walking again.