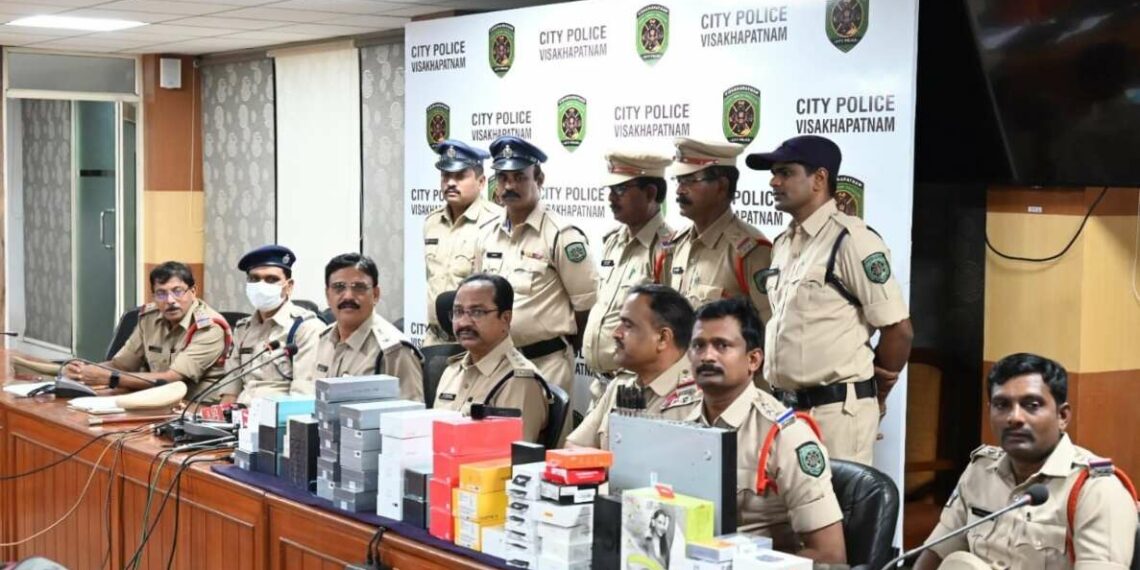 On 27 September 2022, the Visakhapatnam City Police arrested two men accused of breaking out into Happi Mobile Store in Gajuwaka and stealing cell phones and other accessories worth Rs 17,52,715. According to Visakhapatnam Police, the two men committed the robbery of cell phones on the night of 24 September 2022. The accused have been identified as Mohammed Gaalib (A1) and Mohammed Mustafir (A2), residents of Gajuwaka.

In a press conference, the Visakhapatnam City Police informed the media that the accused carried out the robbery of cell phones and other electronics to repay Rs 3 lakh they lost in IPL betting. As per the complainant, P Raju, store manager of Happi Mobiles, the two men broke into the shop post the closing hours on the day of the incident. They then stole 53 Android smartphones, a hard disk, mobile spare parts, and accessories and escaped through the back door. Upon opening the shop the following day, on 25 September, Raju learnt about the robbery as the items were missing.

He then raised a complaint at the Gajuwaka Police Station, upon which teams have been formed, and a search has been initiated. The Gajuwaka and Harbour police caught the accused within 24 hours of filing the complaint at the Zinc Grounds and recovered the stolen items. After thoroughly investigating the culprits, it was learnt that they had planned to travel to Nepal via Bengal to sell the stolen items there.

Also, the police revealed that the A2 Mustafir had three bike robbery cases against him at the Gajuwaka Police Station. Mustafir recently fought with his family and moved out of his residence to live with the A1, whose father owns a bag store opposite Happi Mobiles.