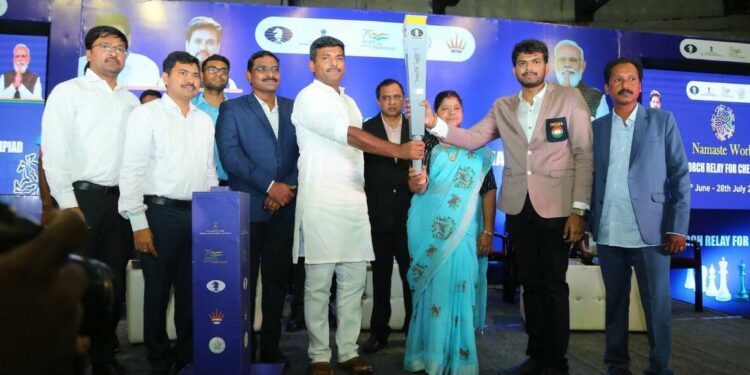 Prime Minister Narendra Modi launched the torch relay and flagged off its journey from Leh. A total of 75 cities will be covered by the torch in 40 days before reaching its final stop, Mahabalipuram in Tamil Nadu.

On 28 July 2022, the 44th edition of the Chess Olympiad will commence in Mahabalipuram, in which 200 countries will take part. The event will conclude on 10 August.

Visakhapatnam District Collector tweeted through his handle that the rally of the 44th Chess Olympiad Torch Relay was a grand success.