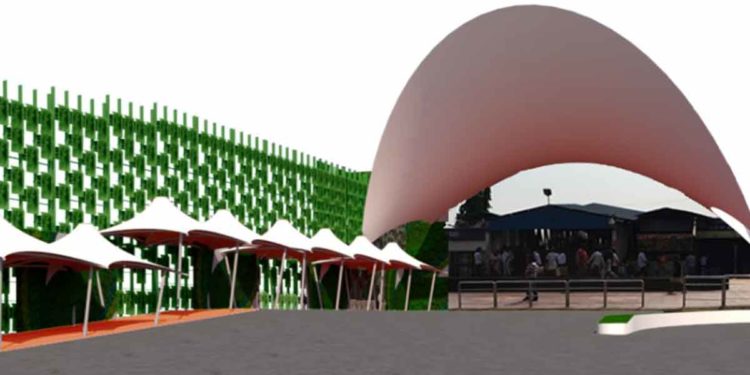 In order to offer an improved passenger experience, the Waltair Division is now planning to set up a vertical garden at the Visakhapatnam Railway Station. These beautification works will be carried out as a part of the Station Redevelopment Project.

Speaking to Yo! Vizag, Waltair Division PRO, Birlangi Jayaram informed that as many as 400 stations across the country were chosen for this project. “Though it was earlier announced to be developed through the Public Private Partnership (PPP) model, we later decided to revamp the station with the support of the Railway Board. Dividing the project into two phases, we focussed on the passenger amenities during phase 1. Under the phase 2, we are now planning to concentrate on the beautification of the Visakhapatnam Railway Station,” the Waltair Division PRO shared.

Listing out the activities taken up as a part of the Station Redevelopment Project, Mr Jayaram said that five additional retiring rooms were constructed. He further mentioned that the station platforms were renovated with granite flooring. “A selfie-point and a cloakroom are being constructed near the Gnanapuram gate. Additionally, relaxing lounges were set up by providing showers and massage chairs,” he added.