Five things most early 2000's kids from Vizag would miss

Five things most early 2000’s kids from Vizag would miss Visakhapatnam has immensely developed into a metropolitan city over the last two decades. The streets of the City of Destiny are dotted with restocafes, coffee shops, and bakeries. Though the comforts offered by these modern day hangout places are enjoyable, the generation growing up during the late 90’s, and early 2000’s, would definitely miss the kind of fun they had experienced as children. They often feel nostalgic about the places they had visited as kids and the good times spent with family and friends.

Here is a list of five things kids in early 2000’s from Vizag reminisce from their growing years: Sivaji Park, located in MVP Colony, was one of the most famous parks in its vicinity. It was the most common picnic spot for school children. The school managements would plan picnics here, once in every four months. One can never forget getting excited for the school picnic at Sivaji Park. Preparing for the picnic taught us the first lesson in how to plan a holiday. A box of snacks, bottles of Rasna, and cricket bats were the mandatory things to carry to the picnic. Going to the nearby internet cafes was one of the most fun things to for the early 2000’s kids. Playing games such as EA Cricket 07, GTA Vice City, Mortal Kombat, and Age of Empires at the internet centers was the most popular pastimes for most of us. Saving up on pocket money to spend on playing these video games also was a learning foundation for us. Having a glass of fruit flavoured soda after eating a plate of pani-puri in the evening made our day perfect. Strawberry, Apple, and Blueberry were among the favourite soda flavours for every kid back then. Having a Fruit Beer at the Soda Hub and pretending to be drunk was the fun part. Most of the early 2000’s kids from Vizag are familiar with the live Jadugar Anand magic shows. The magic shows were organised once or twice every year, at the A.U exhibition grounds, and were insanely popular among the kids. The magician would mesmerize children  by pulling elephants and dancers out of screens. Jadugar Anand had many other tricks under his hat to entertain the children. Kids never missed a chance to go to the magic show.

Let us know if you felt nostalgic while reading this article and mention your best experiences as children in the comments section. 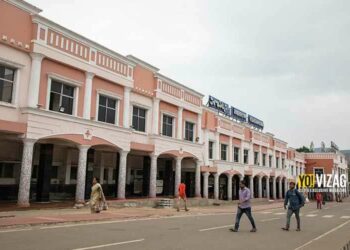