The third season of Bigg Boss Telugu premiered on 21 July. Hosted by Akkineni Nagarjuna, the Telugu version of Bigg Boss 3 has 15 contestants, ranging from actors to YouTube personalities. With all the contestants being given a warm reception into the house on Sunday, here’s what you need to know about them. 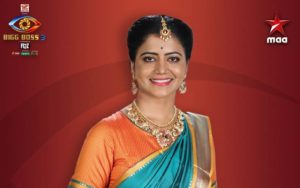 Shiva Jyothi, aka ‘Teenmaar’ Savitri, is known for her show Teenmaar on channel V6. The news presenter is famous for her Telangana dialect and humorous stints with co-host Bithiri Sathi. Growing popular with his roles in serials like Bavamaradallu, That is Mahalakshmi and Sundarakanda Baba, Ravi Krishna is a renowned TV actor in Telugu. Famous for her lip-sync videos on the internet, Ashu Reddy has a following amongst youngsters. Also known as ‘Junior Samantha’ for her resemblance with the actress, Reddy is one of the internet celebs to make it to Telugu Bigg Boss 3. 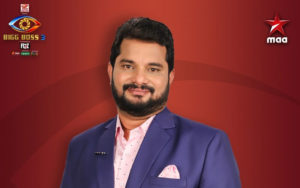 A popular face on TV, Jaffar Babu is known for his show ‘Mukha Mukhi’ on Telugu news channel TV9. Never too far away from controversies, Jaffar marked one of the more anticipated entries into the Bigg Boss house on Sunday. Punarnavi Bhupalam turned into a familiar face with her role in the film Uyyala Jampala. A student of Psychology and Journalism, Bhupalam made a striking entry into the show with an impressive dance performance. An actor who shot to fame with his YouTube videos, Mahesh Vitta is known for his Rayalaseema dialect. The comedian also made appearances in films like Nene Raju Nene Mantri, Padi Padi Leche Manasu, and Krishnarajuna Yuddham among others. A seasoned actress in Telugu films, Hema is one of the more popular contestants taking part in Telugu Bigg Boss 3. Notably, she also forayed into politics recently. 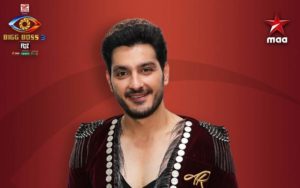 Called as small screen’s Mahesh Babu, Ali Reza is known for his roles in Pasupa Kumkuma and Maate Mantramu. The actor also played a role in Ram Charan’s Dhruva. Keeping the audience hooked with his dance moves, Baba Bhaskar is a popular choreographer in South Indian film industry. He is also remembered for his appearance on dance reality show Dhee. Known for her show-hosting prowess, Sreemukhi became popular with shows like Pataas and Sa re ga ma pa. She even acted in a few films and is expected to be one of the popular contestants with the viewers. 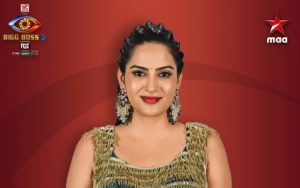 Himaja is a popular face among the viewers of Telugu TV serials, thanks to her roles in Koncham Istam Koncham Kastam and Swayamvaram. She also made appearances in films like Nenu Shailaja and Shatamanam Bhavati. Yet another TV actress who grew popular with a few striking characters, Rohini Noni is a native of Visakhapatnam. She is known for her performance in the TV show Inspector Kiran. 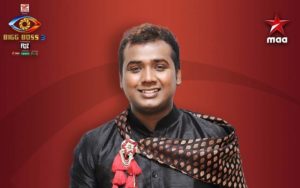 The voice behind the popular track ‘Ranga Ranga Ragasthalana’ from Ram Charan starrer Rangasthalam, Rahul is the only singer to feature on the show this year. 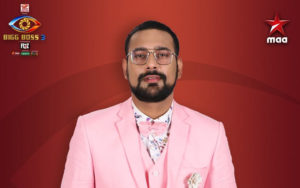 Garnering fame with movies like Happy Days and Kotha Bangaru Lokam, Varun Sandesh is one of the notable contestants to take part in Telugu Big Boss 3. Throwing up a surprise, the organisers of Bigg Boss decide to host a couple this year. Actress Vithika Sheru has joined her husband Varun Sandesh on the show to mark the celeb couple on Telugu Bigg Boss 3.