"Sea is the saviour of Vizag during summer", says AP Weather Man With the summer season reaching a peak, the temperatures have been rising beyond our resistance levels. As per the estimate of several experts, this year’s summer is expected to be one of the hottest the country has ever witnessed. A majority of the weather experts have unanimously claimed global warming to be the culprit behind this drastic climate change, especially in India. Word is that the scales might record close to or even over 50 degrees celsius in some parts of the sub-continent. Speaking to Yo! Vizag, B Sai Praneeth aka Andhra Pradesh Weatherman has explained the reasons behind this high temperature.

The weather blogger has pointed out that the hot and dry winds from Rajasthan are travelling southwards, making Andhra Pradesh hotter. He said that these hot winds have already raised the temperatures in states such as Maharashtra and Telangana and are now heading towards AP. Speaking about the weather situation in Vizag this summer, he said that the localities away from the coast will experience a hotter climate compared to the ones closer to the coastline. Mentioning that the sea breeze neutralises the hot effect, he said the breeze will act as a carrier of the hot winds towards the coast deprived areas of Vizag. He added that Vizag will witness temperatures just above 40 degrees this summer.

“As the day progresses, the sea breeze makes landfall towards areas such as Pendurthi, Anakapalli and Narsipatnam, carrying the hot particles with it. This results in a hotter climate in those areas, compared to those near the coastline’, informed the Weatherman. Speaking about the agency areas of Vizag, he mentioned that Araku, Paderu, and Lambasingi being surrounded by hills will experience cloudy skies due to the accumulation of moisture. He added that this might eventually favour the urban side of Vizag as the clouds formed over the agency areas are expected to hover towards the city.

Additionally, he added that every year, a severe thunderstorm or rain makes an appearance in the midst of summer in Vizag. “Summers in this part of the state are generally humid and these rains are expected to eliminate this humidity. But unlike the past, this year’s summer did not witness any such rain, which is a very rare occurrence”, he said. Nevertheless, he opined that during the second week of May, a depression might form in the Bay of Bengal, resulting in moderate to heavy rains.

On a positive note, Praneeth called the sea the saviour of Vizag, which helps in keeping the temperature at a constant rate. He added that the presence of sea breeze, which carries away the hot particles, will ensure a uniform change in temperature rather than a drastic shift. Also, he said that the temperature during the day and the night are almost the same in the city, unlike areas such as Anakapalli which witness a significant temperature difference.

“I advise the Vizagites to stay hydrated at all times. Spending the evenings by the beach will be of great relief, as the temperatures are cooler near the beach’, he suggested.

Stay tuned to Yo! Vizag for more updates on the summer weather. 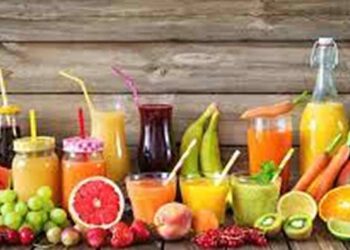