The flourishing Open Mic culture in the city of Vizag

The flourishing culture of Open Mics in Vizag 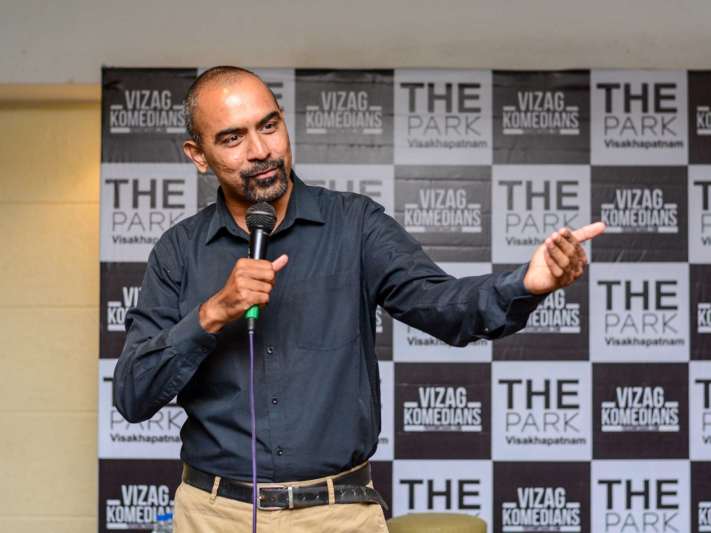 After having dived head-first into the street food glory, Vizag is now making space for the Open Mic culture. The city is enveloping in its cozy nest, the breeding grounds for stand-up comedians, corporate and public speakers, storytellers, poets, and human books (remember we told you about the Human Library Vizag Chapter?). The Open Mic culture has amassed the mainstream population into cafeterias and public places and has made the creative expression in public much more accessible.

What is an Open Mic?

An Open Mic is an invitation-free session where people are welcome to share their stories, poems or perform comic sets over the mic and under the spotlight. Metro cities like Delhi, Bengaluru, and Pune were the first to popularise the Open Mic culture in India.

Stand up comedians began to use these platforms to practice their sets. As Spoken Word poetry picked momentum, Open Mics slipped out of the monopoly of comedy. They then opened themselves to as many genres of spoken expression as may be, including poetry, storytelling, motivational speeches, and singing. This culture has now come to be a major part of Vizag’s recreational image as well.

The week has its toils of course- 9 am to 5 pm jobs, long RTC rides and all other individual challenges on the collective road to development. However, the city witnesses a bustle of creative energy in the weekends. The sweat of the week is forgotten as people from all walks of life come together and relish the simple pleasures of sharing thoughts and ideas. In fact, Open Mics have so much to offer that you cannot resist staying back home. Vizag has indeed found a recreation to match up to its breezy beach.

Some of the bodies that have contributed greatly to providing platforms for the budding Open Mic Culture are Vizag Komedians, Visakha Humour Club, Inscribers, I am Bookaholic and a number of others.

With this rise, more and more people are getting encouraged to find their voice in the hustle and bustle of daily life and get heard by a like-minded audience.