After one and a half year of announcing the movie, the makers of HIT 2 or HIT: The Second Case starring Adivi Sesh as the protagonist announced the release date this evening. The upcoming Telugu action thriller is being directed by Sailesh Kolanu and was bankrolled by actor Nani’s Wall Poster Cinema. HIT 2 will see the 2018 Femina Miss India 1st Runner-Up Meenakshi Chaudhary essaying the female lead role.

Announced in February 2021, marking the one-year release anniversary of HIT: The First Case, the movie was launched in March 2021. The cast commenced filming in August 2021 in Visakhapatnam. Later in December 2022, producer Nani announced that 90% of filming HIT 2 has been completed. The lead actor Adivi Sesh then got busy with his shooting schedules for his recent blockbuster Major. The rest of the filming for HIT 2 commenced in August 2022 and is now ready for its theatrical release. Last year, on 17 December 2021, the makers released a glimpse of Adivi Sesh, on the occasion of his birthday, in the role of Krishna Dev aka KD. Bhanu Chander, Rao Ramesh, Posani Krishna Murali, and Tanikella Bharani will be seen in other important roles in the movie.

While S Manikandan handled the cinematography, Garry BH has been roped in as the editor and John Stewart Eduri will be composing the tunes for HIT 2. 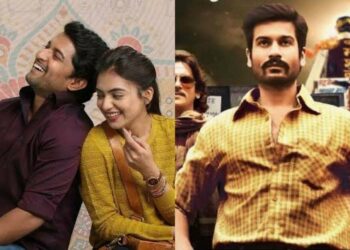