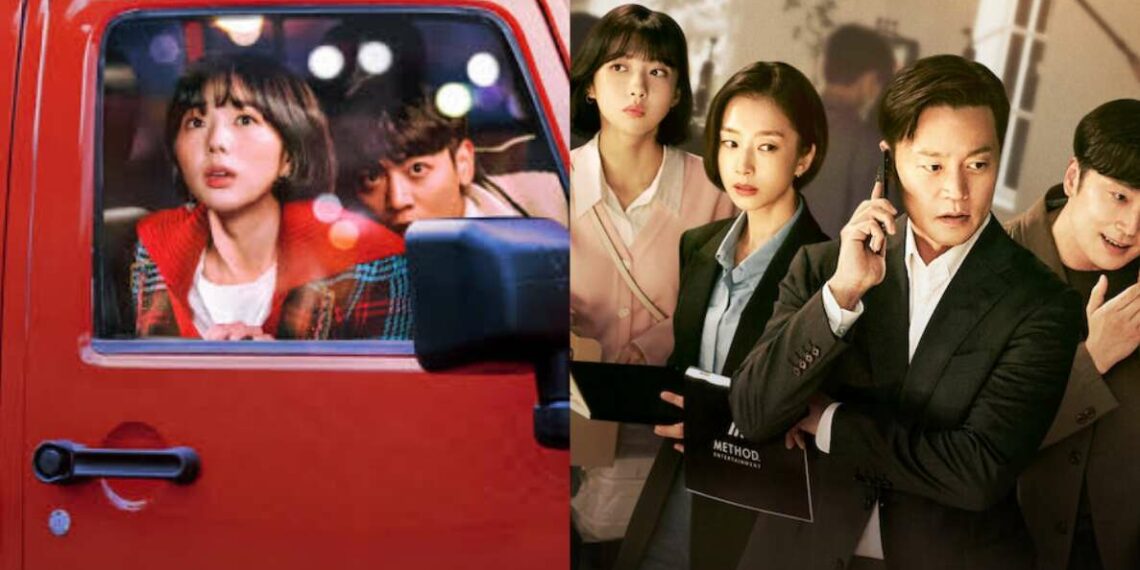 To all K-drama fans, 2022 looked very promising as a bunch of content-loaded series made their way onto the OTTs. As more and more investment is being made in Korean content, steamy rom-coms, heart-wrenching dramas and thriller cop stories will keep making it to our screens. Giving shape to your weekend plans, we gathered the list of the latest Korean web series on Netflix. Make sure to binge them all before new content premieres.

Read on to know the list of the latest Korean web series available on Netflix.

Also read: Make note of these 10 movies releasing on OTTs this week of November

Reborn Rich is a Korean fantasy period drama directed by Jung Dae-yoon and stars Song Joong-ki, Lee Sung-min, and Shin Hyun-been in the lead roles. The series narrates the story of a humble employee at a wealthy conglomerate, the Suyang Group. When he is killed by the youngest son of the Suyang Group, he reincarnates inside the body of his murderer. How he sketches to take over the company forms the crux of the plot. The series is based on a webtoon of the same name by San Gyung.

Directed by Jung Ji-woo, Somebody is a Korean thriller series starring Kim Young-kwang, Kang Hae-rim, Kim Yong-ji, and others in key roles. Somebody is a social media platform that connects people together. When the platform is linked to a murder, an employee along with her friends, one of whom is a detective, tries to unravel the mystery.

Directed by Baek Seung-ryong, Behind Every Star is a Korean romantic comedy based on a French TV series Call My Agent. The plot of this series revolves around Method Entertainment, a talent management agency. How the celebrity managers shuffle between their personal and professional lives forms the crux of the plot. The series stars Lee Seo-jin, Kwak Sun-young, Seo Hyun-woo, and others in key roles.

The Fabulous is a Korean romantic comedy-drama starring Chae Soon-bin and Choi Min-ho in the lead roles. Set in the competitive world of fashion, the plot revolves around four friends with big dreams. As they aim to reach the top of the industry, they juggle between jobs, romantic dilemmas, and wild nights in the town.

Glitch is a Korean sci-fi drama series directed by Roh Deok and stars Jeon Yeo-been, Lee Dong-hwi, and others in key roles. The daughter of a rich family leads a happy life with a good job and a great boyfriend. But one day, her boyfriend goes missing leading her to associate with a UFO-watching group to trace him. How she uncovers a mysterious truth with the help of the group forms the crux of the plot.

Starring Lee Sung-kyung, Kim Young-dae, Yoon Jong-hoon, and others in key roles, Shooting Stars is a romantic comedy K-drama directed by Lee Soo-hyun. The country’s top star Gong Tae-sung is in a love-hate relationship with Oh Han-byul, the leader of his management agency’s PR team. How they navigate past their conflicts and fall for each other forms the crux of the plot. The series unfolds in 16 episodes.

Cleaning Up is a South Korean web series based on the 2019 British series of the same name and stars Yum Jing-sh, Jeon So-min, Kin Jae-hwa, and others. The plot revolves around three cleaners at a financial company. When they accidentally overhear the financial secrets of the company, they resort to insider trading to meet their needs. The series was directed by Yoon Seong-sik.

Let us know which one of these latest Korean web series on Netflix you are watching first. Stay tuned to Yo! Vizag website and Instagram for more entertaining updates.