7 Interesting facts about Visakhapatnam that will blow your mind

7 Interesting facts about Visakhapatnam that will blow your mind We all know that our City, Visakhapatnam is a land of superlatives both in beauty and vitues but here are the 7 top interesting facts that truly are mind blowing.

Called by many names, Visakhapatnam remains the same. Sleepy looking but racing towards development, student oriented with a vast milieu of young and old workforce, Visakhapatnam is truly a city of reckoning. Here are 7 Interesting facts that are guaranteed to blow your mind.

#1 Only city of India with 2 major ports

This tops the list of interesting facts and rightly so. Vizag port and the Gangavaram port inaugurated in 2009 are the two flourishing ports here.

Claim to fame, alright!! INS Kursura graces the Beach Road and adorns our feathered cap as a jeweled crown. 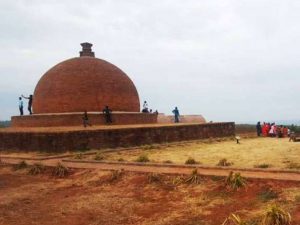 Visakhapatnam was a seat of learning and meditation for the monks and relics and architecture still present in the city point to a Buddhist presence quite active long ago. 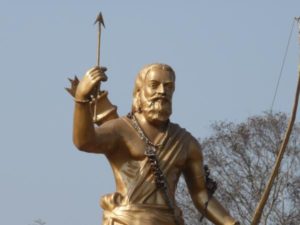 It was in Visakhapatnam that this great revolutionary started his fight for independence. He was in Mrs. A.V.N College for higher studies and it was here his journey started. He is popularly known as “Manyam Veerudu” (Hero of jungles) by the Telugu people. By all means and all parameters, industrial, financial, area etc, Vizag is the Jewel of East Coast. It joins Chennai and Kolkata in the top 3 space.

Visakhapatnam is the headquarters of Eastern Naval Command and it is a major command center, responsible for states of Andhra Pradesh, Orissa, Tamil Nadu, West Bengal and Andaman & Nicorbar Islands.

Launched in 2009 and commissioned in 2016, this made India one of the very few countries powerful in terms of design, execution, and production of nuclear submarines.

Such astonishing facts are sure to surprise and make anyone from the city happy and proud and anyone not from Visakhapatnam curious and astonished.