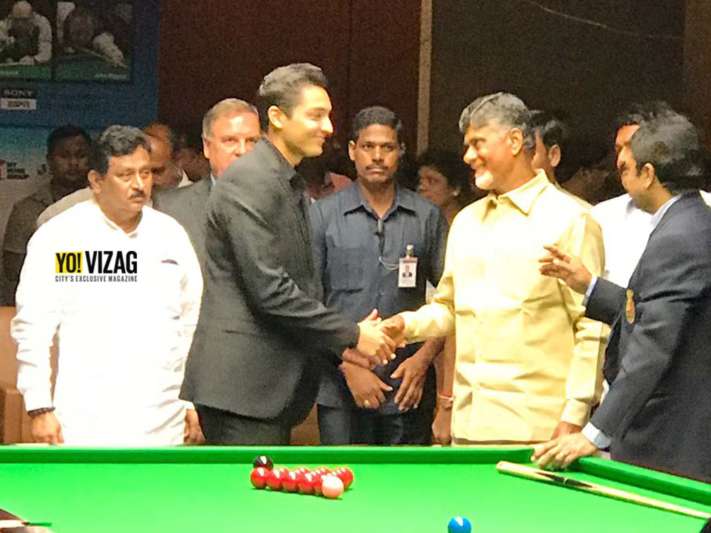 The inauguration of the Indian Open World ranking snooker tournament took place in Novotel, Vizag. The auspicious occasion was graced by our CM Shri. Chandra Babu Naidu. An avid sports fan, he applauded the international event happening in the city. He expressed hope that such an event would encourage the upcoming players in the sports field. Giving an additional encouragement, the CM wished to host a tournament in Amaravathi and has left the date to be decided. The snooker tournament opening in Vizag was attended by numerous politicians, bureaucrats and players of fame in the snooker field. He met Geet Sethi, Manoj Kothari, Michael Ferreira and pankaj Advani. A sense of camaraderie was evident. the CM took shots with the players and a few tips as well. It was all in good sport. Asserting that culture and sports are the twin pillars of the happiness index of a state, Shri Naidu emphasized it.

The Indian Open World Snooker ranking tournament starts here today. The snooker tournament comes as a major boost in making Vizag a destination for world class sporting events. The tournament will be witnessing some big names of the game. The list of players includes Stuart Bingham, Ricky Walden, Mark Allen, Stephen Maguire, Luca Brecel and David Gilbert. The star attraction, however, will be the four-time world champion and Scottish legend John Higgins.