Bigg Boss Telugu, which aired first in 2017 on Star Maa, continues to remain the Telugu audience’s most popular reality show. Ever since its inception, the programme has been garnering appreciation for providing a platform for budding and aspiring artists. Currently, the fifth edition of the show is being aired. Bringing laurels to the city, as many as seven contestants from Vizag grabbed the nation’s attention with their incredible participation in the Bigg Boss House. As we await yet another eventful week where the contestants participate in hard-fought tasks, here is the list of contestants from Vizag in Bigg Boss Telugu so far.

Complete list of contestants from Vizag in Bigg Boss Telugu so far: Sameer Hassan is a noted supporting role artist from Visakhapatnam. He is known predominantly for his role in Telugu TV serials. Along with his TV serial presence, Sameer and his wife have also won the finals of a Telugu reality show Mogudu Pellams. He was experimental in ways and a part of the Season 1 of the Bigg Boss show. The actor was recently seen in the 2021 film Idhe Maa Katha. Nuthan Naidu is a social worker, motivational speaker, and politician originating from Visakhapatnam. He was seen as an actor in the 2019 horror thriller film Heza. He also directed the 2020 film Parannageevi, a satirical movie based on Ram Gopal Varma. Mr. Naidu participated in Season 2 of Bigg Boss Telugu. 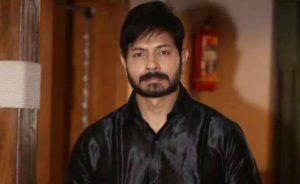 Kaushal Manda is an actor and model who works predominantly in the Telugu Film Industry (TFI). His famous work includes Comedy Express, Anukokunda Oka Roju, and Raja Kumarudu. Apart from films he also runs a modeling agency. Kaushal participated in Season 2 of Bigg Boss Telugu, where he was declared the winner for the season. Ashu Reddy is an actress and model who predominantly works in the Telugu Film Industry (TFI). She rose to fame with several of her Dubsmash videos going viral. Ashu made her debut in the 2008 film Chal Mohan Ranga but came to the limelight only with her presence in Bigg Boss Telugu Season 3. Currently, she is an acclaimed celebrity interviewer and also participates in various Telugu shows on TV. Rohini Reddy, commonly known as Rohini Noni, is a Telugu actress and a model originating from Vizag. She started modeling at the age of 19. While participating in a game show in Doordarshan, she was hired as an anchor. She gained immense popularity for her immense content creation on various social media platforms. She participated in Season 3 of Bigg Boss Telugu. Maanas Nagulapalli was born and brought up in Vizag. Maanas started his acting career as a child artist in the 2001 movie Narasimha Naidu. He next acted in the children’s movie ‘Hero’ and received the prestigious Nandi Award for his exceptional performance in the movie. Maanas was last seen in the 2018 film ‘Soda Goli Soda’. Now he will soon be seen in the upcoming Telugu film Ksheera Sagara Madhanam. Currently, Maanasis one of the contestants in the fifth edition of Bigg Boss Telugu. Shanmukh Jaswanth was born in Vizag and is an alumnus of GITAM University. He started his career by appearing in the YouTube series, and later featured and worked in various projects with the production house Infinitum Media. Shanmukh featured in various comedy video series and short comedy videos and started to release them on his own YouTube Channel. In 2020, he featured in the web series named ‘The Software DevLOVEper’. It was a breakthrough in his career where his YouTube channel shot from a few thousand subscribers to 25 lakh subscribers. Today, Shanmukh’s channel has a whooping 40.8 lakh subscribers