If there is one thing the lockdown has taught us, then it has to be patience. While the lockdown seems to be on an extension spree, our days in-house haven’t been too dull, thanks to the entertainment and media industry. Online streaming platforms have stepped up to bring out new movies and shows to keep us entertained. Just like the saying goes, ‘good things come to those who wait’, there is nothing more blissful than waiting for a much-awaited series that turns out to be totally bing-worthy. In this regard, we take a look at 8 upcoming Indian series on Amazon Prime Video that have kept the audience hooked for their arrival. 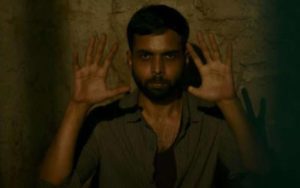 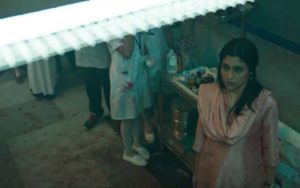 Directed by Nikhil Advani, Mumbai Diaries 26/11 was one of the few fortunate projects to wrap up shooting just days before the lockdown. The eight-part series narrates a fictionalised version of the terror attack that took place in Mumbai 26th of November 2008. The upcoming series stars Konkona Sen Sharma and Mohit Raina among others. Reportedly, the team is currently working on post-production via zoom calls.

Likely to be released in November 2020. 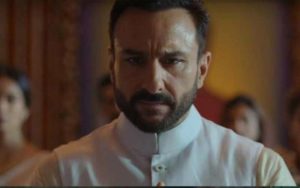 After Saif Ali Khan, who made his debut on the small screen with Sacred Games, is all set to greet the audience with a political thriller, Dilli. Created by Ali Abbas Zafar, the upcoming series on Amazon Prime Video is said to focus on the political drama in Delhi. Apart from Saif Ali Khan, the show will also see Dimple Kapadiya, Sunil Grover, and Sarah Jane Dias among others.

Likely to be released in October 2020. Directed by Anand Tiwari, this upcoming series on Amazon Prime Video is a romantic musical drama. Shreya Singh Chaudry and Rithvik Bawmilk play the roles of a free-spirited popstar and an Indian classical singer respectively who fall in love with each other. The plot of this upcoming series on Amazon Prime is set in Jodhpur and is deemed to be a musical treat for the audience. Rituraj K Singh, Kunal Roy Kapur, Naseeruddin Shah, Tridha Chaudry, and Sheeba Chadda also portray pivotal roles. Created by Amit Kumar and celebrated director Asif Kapadia, who also worked in Mindhunter, this anticipated web series is a supernatural thriller drama. Set in a Himalayan hill station, the storyline is touted to mysterious and intriguing. Sanjay Kapoor and Rima Sen play the lead roles. The making of this Amazon Prime show started in January last year. Revolving around the life of the notorious Akhandanand Tripathi also known as ‘Kaleen Bhaiya’, his maverick son, and brothers Bablu and Guddu, season one of Mirzapur on a shocking and a rather heartbreaking note. Hailed for its realistic portrayal of the murky mafia tales, the second season of Mirzapur is highly anticipated among the upcoming series on Amazon Prime Video.

Likely to be released in December 2020. Among the fortunate projects that wrapped shooting before the lockdown is also the second season of The Family Man which garnered a huge fan following with its initial season. The upcoming series will not only take over from the cliffhanger ending of the previous season but also witness South Indian star Samantha Akkineni thrill the audience in a “surprise” role.