6 exciting Telugu movies that have OTT releases in May 2021

6 exciting Telugu movies that have OTT releases in May 2021 Your OTT picks for the month of May are sorted as on date. With these back-to-back releases, you are bound to have fun in the comfort, and safety, of your house. Here is the list of all the Telugu OTT releases for the month of May 2021 in chronological order. Just to ensure you don’t miss out any. These summer showers are right at the moment when you need them the most. A1 Express is a sports drama directed by Dennis Jeevan. It’s a remake of the 2019 Tamil film, Natpe Thunai. The movie stars Sudeep Kishan and Lavanya Tripathi in the lead roles and Murali Sharma and Rao Ramesh in the supporting roles. It deals with the issue of corruption and nepotism in sports. This movie had its theatrical release on 5 March 2021 and is all set for its release.

A1 Express will be available to stream on the OTT platform Sun NXT from 1 May 2021. Cinema Bandi’s trailer has got everyone waiting for the movie. The trailer that unwraps with an autorickshaw driver finding an expensive camera is full of innocent fun and frolic. Cinema Bandi released its trailer on Netflix India’s YouTube channel and wrote “There is more story behind the scenes than what meets the eye on-screen.” From what the trailer conveys, it’s all but a good camera that takes to become a filmmaker.

Cinema Bandi will be available to stream on the OTT platform Netflix from 14 May 2021 is one of the exciting Telugu releases of this month. This Eros International film, starring Rana Daggubati, released in Telugu, Tamil and Hindi languages simultaneously. The movie was modelled on environmental activist, and forestry worker, Jadev Payeng. The plot revolves around Aranya who is dedicated to protecting the heritage of the forest and its wildlife. This film was initially planned to have its theatrical release on 2 April 2020 but had its release on 26 March 2021.

Aranya will be available to stream on the OTT platform ZEE5 from 14 May 2021. 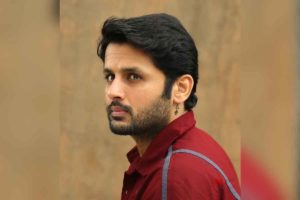 Check is a Telugu prison drama film. It’s the story of Aditya (Nithin) a chess player who is on death row. The film co-stars Rakul Preet Singh, Priya Singh and Prakash Varrier. Check will be Prakash Varrier’s debut in the Telugu film industry. Aditya’s last wish of wanting to play a match with Vishwanath Anand, before he is sentenced to death, seems an interesting plot to watch out for Check’s OTT release.

Check will be available to stream on the OTT platform Sun NXT from 14 May 2021. 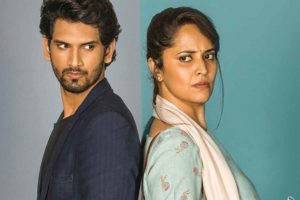 Anasuya Bharadwaj and Viraj Ashwin starrer Thank You Brother, which was to release on 30 April in theatres, is all set to skip its theatrical release and go for a direct OTT release. In what can be seen in the poster, and the trailer, the movie is set in the backdrop of the lockdown, where a young man and a pregnant woman are stuck in an elevator.

Thank You Brother will be available to stream on the OTT platform Aha from 17 May 2021. Rang De is a romantic comedy family entertainer, filled with happy and feel-good moments. It’s a story of childhood friends falling in love. The combo of Nithin and Keerthy Suresh is a treat to watch. Director Venky Atluri’s talent is at the forefront as he tries to rewrite the age-old Telugu romantic comedies with Rang De.

Rang De will be available to stream on the OTT platform ZEE5 from 21 May 2021.