291
SHARES
2.9k
VIEWS
Share on FacebookShare on TwitterShare on WhatsAppShare on TelegramShare on Email

Korean movies have emerged immensely popular for their widely acclaimed story lines. With the right blend of humor, creativity, emotions and rousing plots, the movies have left a long-lasting impression on the audience. The audience is also offered a wide range of genres to choose from.
Are you seeking respite from the lengthy hours that Korean dramas demand? Or are you a movie buff who is intrigued by the reception of Korean movies recently? Well, if you are willing to sit right through the engaging journey provided by movies, here are a few Korean movies that you must watch at least once: ‘My Sassy Girl’ revolves around Kyun-Woo (Cha Tae-hyun), a college student and the “Sassy Girl” played by Jun Ji-hyun. The two have an unexpected relationship from the moment he saves her. The movie is a quirky romcom with an undeniable chemistry between the main characters. As a matter of fact, My Sassy Girl was responsible for the spread of the Hallyu wave in Asia. 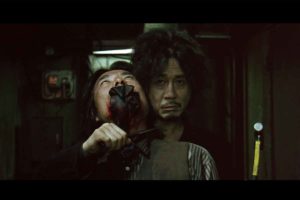 Old Boy is an action thriller that will keep you on the tenterhooks at every turn. The protagonist Oh Dae-Su (Oh Min-sik), a businessman, has been imprisoned for 15 years away without any memory of how he got there. What will he do when one day he breaks free? With bizarre manipulation at every turn, the movie has been adapted in Hollywood by the same title. This movie tells the story of villagers who remain unaware of the Korean War outside their remote village. So, they are quite befuddled by the soldiers from North Korea, South Korea and an American pilot who end up at Dongmakgol. The plot is hilarious and engaging. If you are a fan of action-thriller, then this movie must be watched! Won Bin plays the character of Cha Tae-Sik, a pawnbroker with a tragic past. He fights against the kidnappers of his friend, a little girl called Jung So-mi (Kim Sae-ron). The movie centres on an intellectually deficient father who is wrongfully convicted for a crime, and his 7-year old daughter Ye-Seung. Hilarity ensues when his fellow inmates help him meet his daughter by smuggling her into prison. The movie revolves around the life of Won Ryoo-hwan (Kim Soo-Hyun), an elite North Korean spy living undercover in South Korea. His job is clear: act like a fool till he receives further orders. He is joined by two other spies in the guise of an aspiring singer and a high school student in the same neighbourhood. The movie features the heartwarming tale of a 74-year old woman who magically transforms into a young woman. Miss Granny deals with the regrets of a woman who is now considered a burden by her family in her old-age. She is ready to fulfill her dreams with the second chance she has been given. The movie revolves around Woo-jin who wakes up in a different body every day and Yi-Soo (Han Hyo-Joo), a furniture designer. The moving tale of their love for each other that remains unchanged by external appearances will have you rooting for them. Workaholic Seok-woo (Gong-Yoo) and his daughter Su-an (Kim Su-an) are not aware of what awaits them on a train journey. An outbreak of a zombie virus is a mitigating disaster and threat to the passengers aboard the train to Busan. This action comedy movie is irresistible with its blend of action, and humor. Hwang Ki-joon (Park Seo-joon) and Kang Hee-yeol (Kang Ha-neul) are students at the Korean National Police University, when they witness a kidnapping. These trainees are quick to put their training theory into practice. Oscar winning movie Parasite is spine-tingling in its representation of social class in the society. The financially struggling Kim family quickly infiltrates the Park household, when presented the opportunity. They take up different jobs in the house, creating fake identities. The Bong Joon-ho’s flick is the latest addition to the list of must watch Korean movies. 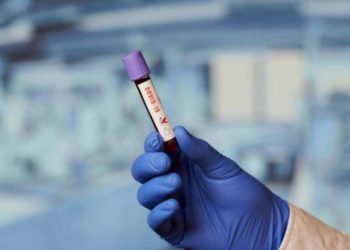 As many as 842 individuals tested positive for COVID-19 in Vizag from Tuesday to Wednesday. With these new cases, the... While the coronavirus crisis has brought out everybody's worst fears, it has also churned out an interest among youngsters towards...