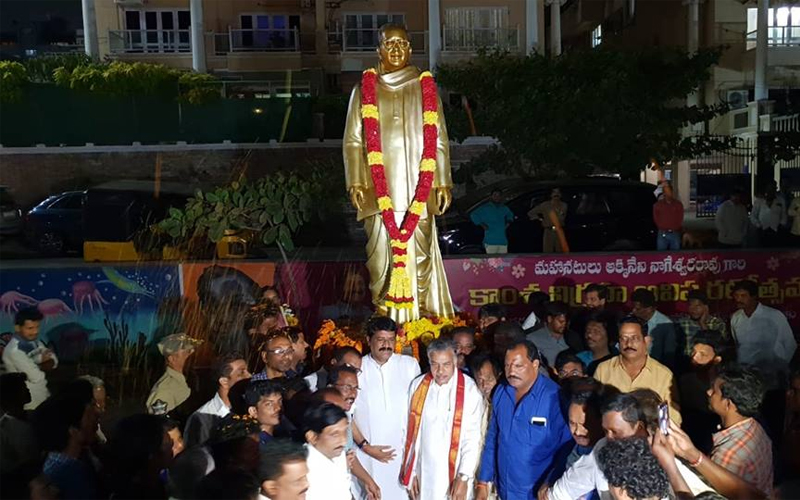 The statues of Dasari Narayana Rao, Nandamuri Hari Krishna, and Akkineni Nageswara Rao, on the Beach Road in Vizag, have been facing heat ever since they were installed in December last year. Unveiled by TDP leader Ganta Srinivasa Rao, the statues found themselves in trouble when it was cited that they were installed without the requisite permission. In the latest turn of events, the High Court has sent notices to five individuals in this regard.

As reported by Andhrajyoti, Bolisetty Satya of Janasena Party, pointed out that the three statues, on the Beach Road in Vizag, were erected without any permission and filed a case in the High Court in this regard. Following this, the HC has sent notices to Ganta Srinivasa Rao, Yarlagadda Lakshmi Prasad, Ponnada Mohan Rao, Karikal Valaven and GVMC Commissioner Hari Narayanan. Reportedly, the Court has demanded an explanation from the concerned officials.

The installation of the statues was cited as a violation of the Supreme Court’s orders. In 2013, SC released an order banning fresh encroachment of roads, pavements and sideways by the construction of religious structures or installation of statues of public figures. The Supreme Court had also ordered all state governments and union territories to deny permission for erecting statues.