Last Friday, 24 June 2022, the Visakhapatnam City Police, along with the cybercrime department, arrested a 48-year-old man for harassing a woman. As per the police reports, T Kanaka Raju posed himself as an HR Manager at a Bangalore-based software company and promised the lady a job in the company a year ago. With the hope to get the job, the woman got close to the 48-year-old and agreed to marry him.

Further, the victim sent him her resume, photos, and certificates to the man. He also asked the lady to send him nudes to which she refused initially. Upon persisting, she believed him and sent videos and pictures. Lately, he has been harassing her to send more such pictures and blackmailed her that he would forward their WhatsApp chats to her relatives if she failed to do so.

On 22 June, the victim approached the Visakhapatnam Cybercrime Police Station and raised a complaint. Based on the information she shared, the city police teamed up with the cyber police and traced the fraudster. He was identified as a resident of MVP Colony, Sector-I.

The Visakhapatnam City Police appealed to the public to not share their personal information with strangers on social media. It is also appealed not to click on any unknown links or share OTPs, PINs, or CVVs with anyone. 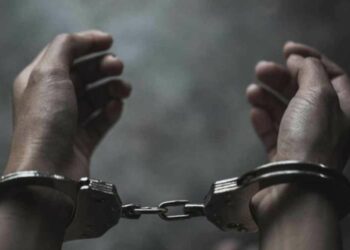