8 upcoming Telugu movies that are eagerly awaited by film lovers With numerous exciting films lined up to light the theatres, the coming months offer bright prospects in store for movie buffs. Here are 8 upcoming Telugu movies that are eagerly awaited by film lovers. Touted as one of the most expensive Indian films, Saaho is all set to release on 30 August, bringing the curtains down on a long wait. Starring Prabhas, Shraddha Kapoor, Jackie Shroff, and Neil Nitin Mukesh among others, the Sujeeth directorial promises to be a high-octane action-thriller, given the stakes set by its recently-released trailer. Directed by Vikram Kumar of Manam fame, Gang Leader stars Nani, Saranya, and Lakshmi in the lead roles. From the looks of the teaser, which garnered good response on social media, Nani leads a group of five women to plot revenge. The film is slated to hit the screens on 13 September. 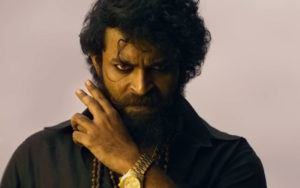 The official Telugu remake of popular Tamil film Jigarthanda, Valmiki’s first look posters, and teaser have set the T-town buzzing. Casting Varun Tej in an unconventional role, this film, directed by Harish Shankar, is set for a release on 13 September. Produced under Suresh Productions, Venky Mama brings Venkatesh Daggubati and Naga Chaitanya Akkineni together on the screen. Directed by KS Ravindra, the film is expected to be a family entertainer and is aiming for a Dussehra release. One of the most awaited upcoming Telugu movies, Sye Raa Narasimha Reddy marks the 151st film of Chiranjeevi. Starring Amitabh Bachchan, Nayanthara, Vijay Sethupathi, Jagapathi Babu, and Ravi Kishan among others, the magnum opus is being produced by Ram Charan under Konidela Production Company. Directed by Surender Reddy, the film charts the story of Uyyalawada Narasimha Reddy and his rebellion against the British empire. The film is likely to hit the screens worldwide on 2 October.

After scoring a hit with Maharshi, Super Star Mahesh Babu will be donning an Army man’s avatar in his upcoming film, Sarileru Neekevvaru. Directed by Anil Ravipudi of F2: Fun and Frustration fame, the film will be releasing on the occasion of Sankranthi 2020. 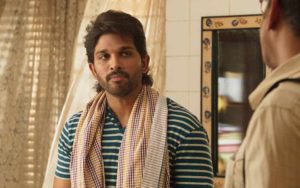 After scoring hits with Julai and S/o Sathyamurthy, the duo of Allu Arjun and Trivikram Srinivas join hands for the third time. Titled Ala Vaikuntapuramlo, the film stars Pooja Hegde as the female lead. The first glimpse, which was released on the occasion of Independence Day, garnered a thumping response. Ala Vaikuntapuramlo will also mark a Sankranthi release next year. Arguably the craziest combos to go on sets in recent times, RRR marks the collaboration of Ram Charan, Jr NTR, and SS Rajamouli. Being produced on a massive scale, the periodic drama is scheduled for a release on 30 July 2020.