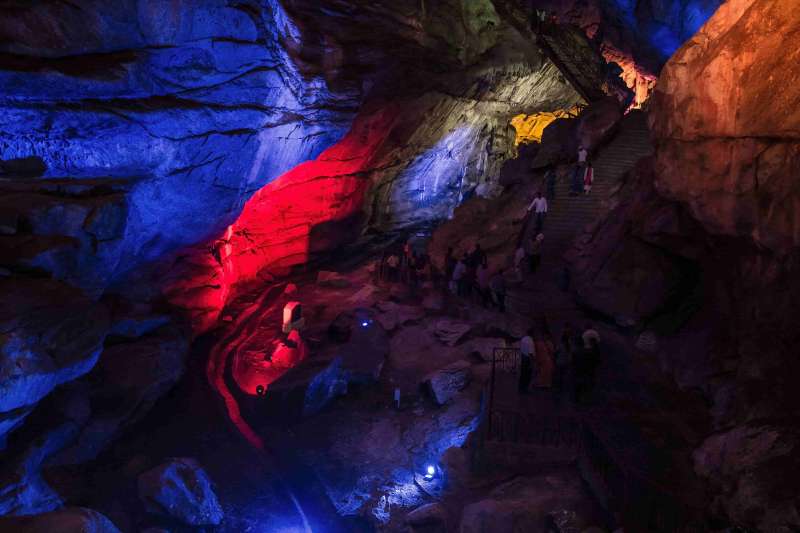 Borra caves, the natural wonder of Visakhapatnam, located on the Eastern Ghats in Ananthagiri hills of Araku Valley, has been included as natural UNESCO world heritage site by the United Nations Educational, Scientific and Cultural Organization (UNESCO).

The Director of World Heritage of ASI, K Lourdusamy, in a letter to the Secretary of Tourism Department, Andhra Pradesh Government, has asked the departments concerned to prepare documents to be presented to the UNESCO, to consider the Archean Age (4,000 to 2,500 million years) caves as a natural world heritage site.

The caves, one of the largest in the country, at an elevation of about 705 m (2,313 ft), distinctly exhibit a variety of cave deposits ranging in size and irregularly shaped stalactite and stalagmite. The caves are basically a landscape formed from the dissolution of limestone, extending to a depth of 80 m (260 ft), and are considered the deepest caves in India.

There are several legends surrounding the caves which the tribals (Jatapu, Porja, Kondadora, Nookadora, valmiki etc.), who inhabit the villages around the caves narrate. The popular legend is that a cow, grazing on the top of the caves, dropped 60 m (200 ft) through a hole in the roof. The cowherd while searching for the cow came across the caves. He found a stone inside the cave that resembled a Lingam, which he interpreted as the Lord Shiva who protected the cow. The village folk who heard the story believed it and since then they have built a small temple for Lord Shiva inside the cave, where people still worship.

Excavations carried out in the site have unveiled stone tools of middle Paleolithic culture (2.6 million years ago to about 12,000 years ago) which proves human habitation. The caves are considered as treasure for anthropological research as it has highly regarded information in the aspects of humans.