Successful Singers who never won the title of Indian Idol

Successful Singers who never won the title of Indian Idol Indian Idol is a singing reality show in the country that has gifted us with many musical talents. Singers, like Abhijeet Sawant, Sreerama Chandra and LV Revanth, have not only won the Indian Idol title but have also gone on to become successful singers, subsequently working in numerous Indian films. We all know LV Revanth as the voice of “Telisiney Na Nuvvu”, and “Manohari”, and Sreerama Chandra is famous for the song “Subhanallah” in Yeh Jawaani Hai Deewani.

But there have been quite a few singers from Indian Idol who didn’t win the title but still went on to become successful in the industry. Here are a few such singers that we might have heard in some Indian song: Rahul Vaidya, hailing from Mumbai, was one of the contestants in the first season of Indian Idol. Through strong performances, week after week, he finished runner-up behind Abhijeet Sawant and Amit Sana.

Though Rahul couldn’t win the title, his singing journey went on. He worked on numerous Bollywood albums like Shaadi No.1 and Race 2, along with singing the Telugu versions of “Ghungroo” from War and “Ek Dil Ek Jaan” from Padmaavat. 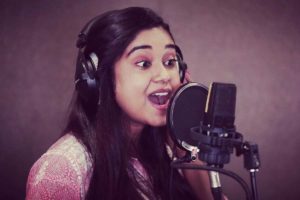 Antara Mitra took part in the Season 2 of Indian Idol and finished fifth. But she rose to prominence as a playback singer in numerous Bollywood films like Raajneeti, Dilwale and R… Rajkumar. We have all heard her voice in the songs “Gerua” and “Saree Ke Fall Sa”. Her power-packed voice is easily identifiable and has been used in many fast-beat Hindi songs. You can’t listen to a Bollywood album today and not find a Neha Kakkar song in it. Her singing career began as a contestant in Indian Idol season where she didn’t find much success. But she became a household name in 2012 with the song “Jadoo ki Jhappi”.

It is a testament to her success that she is now judging Indian Idol, where she wasn’t very successful. No one in Bollywood quite has a voice as sweet as Monali Thakur. This singer from Kolkata also graduated from Season 2 of Indian Idol. She later went on to sing many memorable songs like “Moh Moh ke Dhaage” and “Sawaar Loon”, earning a Filmfare Best Female Playback Singer in 2013 for the latter song.

She has also expanded her horizons by singing a few Tamil and Bengali songs. Back in 2005, Shivam Pathak ended up fifth in Indian Idol Season 5. Many believed that his musical journey would stop there. However, he went on to record songs for Bollywood films like Sarbjit and Padmaavat.

Shivam hails from Uttar Pradesh and has a folk touch to his voice, which can be noticed in many of his songs. Yet another cadet of the fifth season of Indian Idol, this Rajasthani folk singer awed everyone from the judges to the audience with his voice. His journey in Indian Idol ended with a fourth place finish. But Swaroop went on to sing in big-budget films like PK and Padmaavat. His songs, “Tharki Chokro” and “Ghoomar” became super hit tracks. 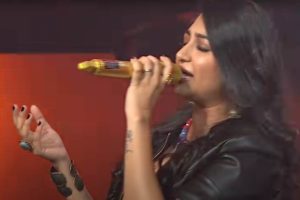 As runner-up in Indian Idol Season 5, Bhoomi Trivedi was presumed to do great things and she did indeed. She has sung for multiple Bollywood films since her Indian Idol participation. Her songs “Ram Chahe Leela” and “Udi Udi Jaye” made her very popular among the Indian music listeners.

So, these are a few Indian Idol ex-contestants who didn’t win the title but still became successful singers. Which one’s your favourite?