Sirimanotsavam festival to be organised on 18 October in Vizianagaram

Sirimanotsavam festival to be organised on 18 October in Vizianagaram The annual commemoration of the presiding deity of Vizianagaram city, Sri Pydithalli Ammavaru is set to be organised on 19 October 2021. This has been confirmed by the temple authorities.  Every year scores of devotees take part in the procession organised in Vizianagaram, as part of the Sirimanotsavam festival.

Last year, devotees were not allowed to take part in the festival due to the ongoing Covid-19 pandemic. The Sirimanotsavam is usually organized on the first Tuesday after the Dussehra festival every year. The Tholella Utsavam will be organized on 18 October this year. The Theppotsavam, or float festival, will be organized on 29 October. This will be followed by Uyyala Kambala Utsavam on 2 November. The temple authorities said that the necessary arrangement for the festival will begin soon.

Atleast three lakh devotees, from the Northern Andhra districts of Visakhapatnam, Vizianagaram, Srikakulam, and parts of southern Odisha, attend the festival every year. However, due to the pandemic, only a few devotees attended the festivities last year and the same is to follow suit this year.

Strict Covid-19 protocols were followed last year during the festival to curb the spread of the virus. Over 3,000 police personnel were deployed in Vizianagaram town to prevent the entry of devotees during the festival. The district administration had not allowed people to climb on the terrace to witness the festival. LED screens were mounted in some areas for the devotees to virtually take part in the Sirimanotsavam festivities.

Last year the festivities took place without the traditional Puliveshagaaglu (men dressed in tiger skins), stick fighters, swordsmen and musicians. There are chances the same will be followed this year in order to control mass gatherings and keep it a low-key affair. 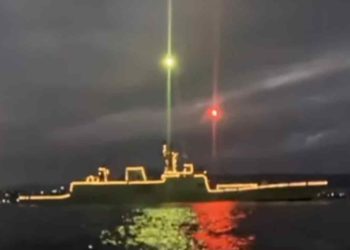 All you need to know about seasonal flu in Vizag