LED street lights to be monitored by automatic intelligence

LED street lights to be monitored by automatic intelligence As a devastating consequence of Hud-Hud, the street lights of Visakhapatnam were reduced to rubble. Replacing these destroyed street lights with energy efficient LED street lights, the Greater Visakha Municipal Corporation (GVMC) has bagged the credit of turning Vizag into a complete LED lit city.

The GVMC, for better and quick maintenance, has introduced intelligent pole automation controller (iPAC) with the installation of the device on nine poles as part of a pilot project on the Beach Road from Coastal Battery to Novotel Hotel.

On an average, about 40 per cent savings has been observed in electricity bills for streetlights, after the installation of LED lights. From Rs.1.5 crore a month the bill came down to Rs. 90 lakh.

With iPAC in place, a few LED streetlights are directly linked to the Chief Minister’s dashboard to monitor pole-to-pole functioning of streetlights. By January 26, it will be expanded to about 200 poles up to the Park Hotel, the stretch covered in the area based development plan of the smart city project.

Until now, the Centrally Controlled Monitored System (CCMS) could monitor the load on the 4700 boxes linked to it. The boxes have a maximum of 60 lights linked to them and whether lights are on or not can be observed only by the electricity load consumed. The streetlights not functioning could not be known by the CCMS but now, iPAC will be able to zero in on the lights not functioning. Each of the iPACs cost Rs.5000. 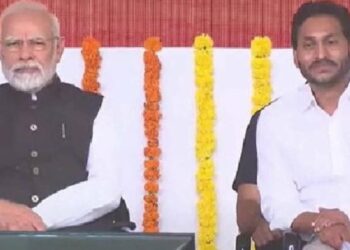