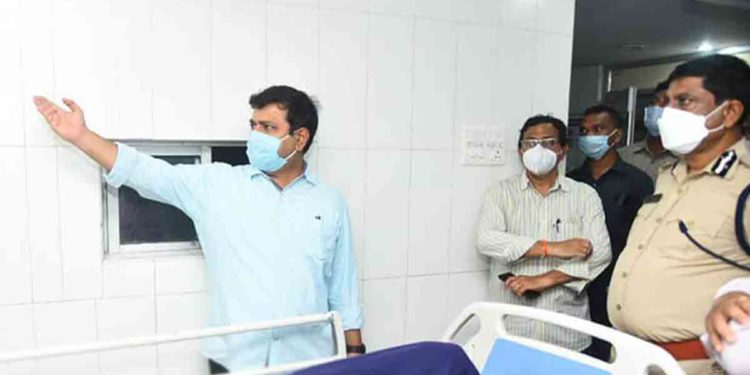 Further, Collector V Vinay Chand on Tuesday visited RK Hospital and met the injured employees and their families. He instructed the hospital authorities to provide medical assistance to the victims. The employees who fell ill have been identified as LV Chandra Sekhar (37 years old), P Anand Babu (41), D Janaki Rao (24 years old), and M Suryanarayana (29 years old). The deceased have been identified as R Narendra and M Gauri Shankar. All the six men have been employed at Sainor Life Sciences Pvt. Ltd. factory.

Post his visit to the hospital, the Vizag Collector reached Sainor Life Sciences Pvt Ltd plant at Jawaharlal Nehru Pharma City where the gas leak occurred. He met with the factory authorities and probed about the Hydrogen Sulphide vapour leak accident. He inspected the existing machinery at the site and probed into whether human error or faulty technology caused the fatal vapour leak. Further, the Collector found out if any of the chemicals currently in use at the plant are toxic in nature.