Expectations and city issues that need to be addressed in Visakhapatnam

Expectations and city issues that need to be addressed in Visakhapatnam As a new government takes charge of the State for the next five years, we talk to citizens about their expectations and key city issues that need to be addressed in Visakhapatnam.

Attracting an international tourist footfall, fetching large scale industrial investments, and harbouring a cluster of entrepreneurial activities, Vizag has prospered as a commercial hub over the past few years. Boasting of mesmerising natural wonders, flourishing economic activity and a bustling cosmopolitan populace, the city marches ahead in its path to glory.

However, there remain certain unaddressed city issues and untapped areas that threaten to hinder the city’s growth. With air pollution, decreasing green cover, water shortage, and dearth in employment opportunities posing as the major concerns, the new government has its task cut out in justifying the mandate given to it by the voters.

As Vizag treads into a new phase under the elected State Government, we talk to some Vizagites and know their expectations for the coming years. Several changes need to be brought in to make the city more liveable. The key areas where the city has tremendous scope to develop are,

1. Pollution needs to be reduced by moving public transport to CNG or electric. All industrial units must be equipped with the latest pollution control equipment.

2. More parks and green spaces need to be added.

3. All food should be organic, like in Sikkim, which needs to be emulated.

4. The city needs big IT parks to attract investments.

5. Tourism is one of the major city issues that we need to focus on. Kerala and Goa have grown exponentially in the field of tourism and comparatively, we are nowhere near. Several areas, like beach, temple, and sports tourism lie rather unexplored.

8. Visakhapatnam is a vast area and it is important to enhance connectivity. Introduction of high-quality speed trains and increasing the number of coaches is the need of the hour. Also, the facilities at Duvvada and Simhachalam railway stations need to be improved to serve a long-term plan. If promoted and positioned properly, Visakhapatnam can be a startup hub for tier 2 cities like Vijayawada, Bhubaneshwar, Puri, etc.
Apart from interacting with incubated startups, authorities should also be in regular touch with local entrepreneurs and self-sustained startups.

Vizag lacks technical mentors on aspects like ML, AI, Blockchain, etc. We need to make a team of mentors that can work with startups voluntarily or on an equity basis. iTAAP would be one of the better organisations to take up this initiative.

iTAAP, APITA and other software firms should allow startup founders to intern with them so that they can learn new technologies that will help in expanding their verticals and grow their startups.

Crowdfunding should be promoted as an ideal option for prototype fundraising, for both tech & non-tech startups. Also, organising ‘Ideathons’ would help in understanding and promoting new ideas.

Encouraging startups should be made mandatory at colleges and time spent in prototype making and other startup related work should be taken for attendance.
Most importantly, there is a lack of trust amongst the startups in Vizag ecosystem. The startups don’t interact with each other much or rather work in small groups. Efforts should be made to strengthen trust among startups. This will help in their business and client acquisitions. 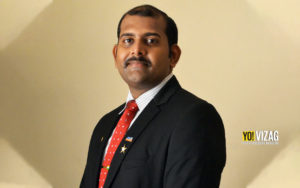 One of the major city issues we need to focus on is water. Lately, the governments have been boasting about merging of rivers and construction of dams. Visakhapatnam city is also depending on nearby rivers for water. While these efforts are appreciated, for sustainable development, it is pivotal to improve and protect aquifers of our region through monitoring, research and proper implementation of rain water harvesting systems.

I see that majority of the buildings do have rainwater harvesting structures, but only a few of them are functional and apt for the building. A rainwater harvesting structure has indeed remained mandatory for building approval. However, the desilting part is missing in most cases. Along with the desilting of canals; rivulets and reservoirs are other areas that the government needs to focus on. While some efforts were made in desilting reservoirs, efforts are still needed for canals and streams which feed water into the reservoir.

Conserving the already existing water bodies should be catered due importance. A pond that was next to the highway near Hanumanthavaka has recently been made into plots.

Apart from this, the natural habitats in the city are also being lost at a rampant pace. Conservation of the native species, the Kambalakonda Wildlife Sanctuary, historical places should all be a part of the city’s development plan.

I think cultural change is the most important of all. We need to change the culture of Vizagites, to a culture where we conserve resources, ban plastic, live greener lives, follow rules, be ethical, and be responsible citizens. If these city issues can be addressed, everything will fall in place. It is something that will take many years, but the results promise to be worthy of all the effort. 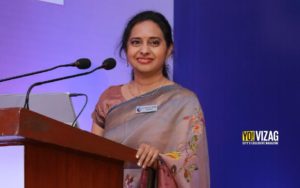 Infrastructure development and pollution control should be prioritised as these are the fundamental building blocks to ensure our quality of life. These will also facilitate measured socio economic development and a healthy environment. 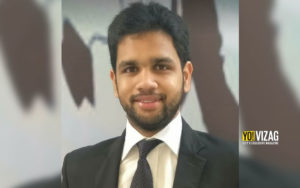 The lowest-hanging-fruits and the issues which can be easily addressed, in my opinion, are-

1. Proper utilisation of the coastline: The coastline from the Port to Bheemili can single-handedly transform the face of Visakhapatnam. This is an area where Vizag has been blessed but unfortunately, the potential still hasn’t been tapped. Resorts, hotels and tourism-related activities, on the lines of major tourist destinations cities like Gold Coast, Phuket, and Goa, can be developed by properly implementing the long-proposed CRZ plan and streamlining the approvals.

2. IT/ITES/Fintech Development: The previous Government had made efforts to develop Vizag as an IT destination by attracting companies, talent and earmarking land for SEZs. The present Government needs to continue the effort in this sector and ensure implementation of all the plans.

3. Roads: The roads leading to the main Beach Road have been sized down to introduce bigger footpaths/pavements, which in my opinion is a waste of resources leading to more inconvenience for motorists. I hope the present Government can address this issue and undo this mistake of the previous regime.

4. Airport: Speedy execution of a new state-of-the-art airport is a must to cement Vizag’s position as a financial capital and a tourist hub. 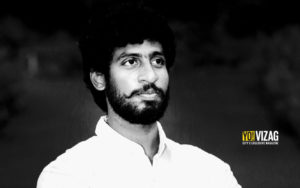 Shortage of quality drinking water has been one of the major city issues pestering Visakhapatnam for quite some time now and needs to be addressed efficiently. Also, a strict ban must be imposed on the use of polythene bags, especially on Beach Road.

The famous KGH in Visakhapatnam has been crying for attention. It should be noted that patients from the bordering state of Odisha too visit this hospital for treatment. The government should utilise the funds and resources effectively to develop the current state of the hospital.

Pollution is another problem that has been raising concerns among the citizens here. The pollution levels, especially in the port area, have been on an alarming rise and need to be controlled immediately.

In the South constituency, areas of Allipuram, Jalaripeta, and One Town are in a shabby state. The Government should conduct awareness campaigns on the importance of hygiene while GVMC should clean up these densely populated regions on a daily basis. 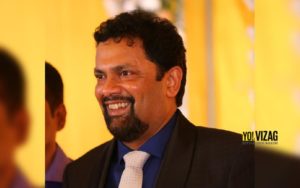 The potential of Visakhapatnam lies in its natural beauty; be it the beaches, mountains or hill resorts at Araku and Anantagiri. The tourism infrastructure, therefore, needs to be improved to attract not only tourists from our country but also from abroad. Focus should be on developing theme parks, resorts, cruise terminals, and similar attractions. The other area to be focused on is the IT industry. There has been a lot of hue and cry, but nothing concrete has been achieved in this sector thus far.