Visakhapatnam has a strong and long history with the Telugu Film Industry (TFI). Not only has this city been an excellent shooting location for many Telugu films but has also contributed many actors and directors to the industry. While the list of actors from Visakhapatnam is a long one, today, we focus on the many film directors that have risen from Visakhapatnam.

Here are 6 brilliant film directors who were born in Visakhapatnam and gone on to taste success at Tollywood: Starting off with the biggest name of all, Puri Jagannadh is one of the most in-demand film directors in Tollywood. Over the years, he has delivered multiple blockbusters like Pokiri (2006), Businessman (2012) and Temper (2015). He was born in a village called Bapiraju Kothapalli in Visakhapatnam District. His upcoming pan-India project Liger, with Vijay Deverakonda, has been in the news a lot, from having a Mike Tyson cameo to a Shanmukha Priya song. Known for her movies Irudhi Suttru (2016) and Soorarai Pottru (2020), Sudha Kongara has predominantly worked in Tamil cinema and is one of the leading female film directors in India. But a part of her roots also lies in Visakhapatnam where she was born. Her family had later moved to Chennai. In his film career spanning three decades, Gunasekar has delivered many hits like Ramayanam (1996), Choodalani Vundi (1998) and Okkadu (2003). This famous director was born in Narsipatnam in Visakhapatnam District. His upcoming project is a mythological film titled Shaakuntalam which will be starring Samantha Ruth Prabhu as the titular character. Another one of the Telugu film directors from Visakhapatnam, Parasuram was born at a village called Cherlopalem in the district. Starting off as an assistant director, he rose to fame with the 2011 film Solo. Later on, he directed Vijay Deverakonda and Rashmika Mandanna in the commercially successful Geetha Govindam (2018). Parasuram’s next project is the Mahesh Babu-starrer Sarkaru Vaari Paata which will release on Sankranti 2022. He shares a good relationship with fellow Visakhapatnam director Puri Jagannadh who gave him his first break. 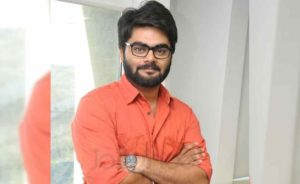 Born in Visakhapatnam to a Telugu-speaking family, Ravikanth Perepu grew up in the city, completing his graduation. Then, he moved to Hyderabad to pursue his dream of becoming a film director. He collaborated with Adivi Sesh for his directorial debut Kshanam (2016), which was the surprise hit of the year. Later, he also directed the romantic comedy Krishna and His Leela (2020). One of the latest talents out of Vizag to strike fame, the name Praveen Kandregula got known to the masses with his Netflix film Cinema Bandi which was released earlier this year. The movie received rave reviews from critics and was one of the popular things to watch on Netflix for the month. A GITAM alumnus, Praveen has had an interesting journey to his first film which we covered in a chat with him.