Deepavali 2017, festival of lights wins over noise and pollution @ Vizag

Deepavali 2017, festival of lights wins over noise and pollution @ Vizag Deepavali, a festival of lights which ushers in the annual spring cleaning in many households, ironically leaves in its wake pollution of every sort. Not for Vizag this time, for the community consciousness is high and we are saying no to noise, disturbance and a post Deepavali pollution of any kind. 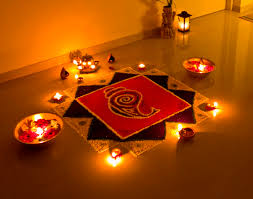 Harsh noise, smoke-filled air, even the streets littered with burnt crackers! For all we know, firecrackers were never a part of Deepavali before The Indian Explosives Act, 1940 which licensed the manufacture of firecrackers. The name ‘Deepavali’ itself is derived from the Sanskrit word meaning ‘a string of lights’; with no reference whatsoever to the firecrackers. Hence the name “Festival of Lights“. Some believe that it began as a Chinese import from eons ago; and the flash of lights, noise, the  oddly pleasant and familiar smell of burnt crackers, the shrieks of delight as children and adults enjoy the sparkle and dazzle of the crackers going up in smoke remained to become an integral part of the festivities. But along with this also remained the inconsolable infants, petrified pets and the tormented elders. Apart from the noise, there’s been growing alarm about the long term ill effects of the fireworks on us and the environment too.

But, is there a solution that helps us enjoy our favourite festival and still minimise the damage? Vizag has decided to take a community effort to put the negativity at bay and only the positive enjoyment of the festival take shape. 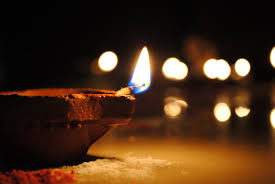 Just another example – A locality in Bombay used to maintain stringent guidelines for celebrating the festival; crackers were lit in all abundance and enthusiasm but only in a common concrete area in the center of the locality and only between 7 PM and 9 PM. It was a community celebration of Deepavali with all the fanfare, but in moderation.

Some where else – Two villages in Salem district, Unathur and Agraharam Nattamangalam, have been celebrating cracker-less Diwali for more than a century, having abstained from the noisy crackers only for bats and migratory birds that visit their locality every winter.

The case of Vizag – Two year ago, just after Hudhud swept the city, in response to the government appeal, Vizag too went cracker-less, as the threat for a major fire hazard was high. Diwali was then, blissfully quiet and beautiful- well lit with lanterns and lamps. These instances show that it is possible to enjoy the festival of lights with minimal noise and pollution. This is the way the city is going forward and the Government is doing everything it can to have it that way too.

A festival of lights, Deepavali can only be enjoyed best when everyone enjoys. Our city shows the example of how we care for one and all without cutting short the fun and excitement.