Top Telugu Movies | 10 evergreen Telugu movies that everyone must watch

Must Watch Telugu Movies: 10 Gems That Never Fail to Amaze Us No matter where you find yourself in the Telugu states, you wouldn’t be too far from the influence of Telugu cinema, would you? Be it the myriad celeb interviews on YouTube, the incessant banter (read fan wars) on Twitter, or even a peppy number that inevitably keeps playing somewhere in the neighbourhood (and eventually ends up ringing your ears for days together); the possibilities of passing a day without a waft of Telugu cinema seem bleak. Well, there’s nothing to blame. After all,  the Telugu Film Industry has been producing top movies that have been overwhelming audiences for over 88 glorious years now.

From the good old Bhakta Prahlada to the recent Ala Vaikunthapurramuloo, the industry has seen it all: pathbreaking films, stupendous successes, unbelievable fandom, and the rise of behemoths. As the industry continues to charm and expands its fan base across the globe, there remain certain glories that have left an indelible mark on audiences. Not only did these iconic films work wonders when they hit the screens but they continue to marvel us even today with their sheer artistry.

As one would assume, choosing 10 works from a lot of innumerable gems is a task that is no cakewalk. Teja Kovvali, therefore, presents you with a list of hand-picked personal favourites: a list, of top 10 evergreen Telugu movies, replete with all-time classics, trend-setters, all-time epics, and more.

Top Telugu movies that everyone must watch: Based on the novel by Sarat Chandra Chattopadhyay, Devadasu is remembered as an eternal tale of love and pain; thanks to the compelling drama, incredible performances, and brilliant technicalities. Amidst the many merits, it was the towering act of ANR that had left the viewers spellbound. Arguably the greatest Telugu film of all time, Mayabazaar had a massive influence on the industry. Stellar performances (specifically by SV Ranga Rao and Savithri), stunning technicalities at the time, and evergreen lyrics made Mayabazaar a treasure for ages. The film also played a key role in helping NT Rama Rao cementing his place as the silver screen’s Lord Krishna. Essaying the story of Sita’s exile from Ayodhya, Lava Kusa came as yet another incredible epic featuring NT Rama Rao. The film had created an unprecedented storm at the box office and went on to etch its place on the list of all-time Telugu classics. Interestingly, Lava Kusa holds the record for being the first Telugu film to collect Rs 1 crore at ticketing windows. Based on the life of India’s revolutionary freedom fighter Alluri Seetharamaraju, the film was a smashing hit. The film’s rousing storyline helped it gain a sweeping reception from the audiences all over. Not only did the film break numerous records at the time of its release but also assumed great significance in narrating the story of an unsung hero of India’s freedom struggle. Regarded as one of the finest films of the Telugu film industry, Daana Veera Soora Karna spells wonder for many reasons. Popularly known as DVS Karna, the film had the legendary NTR power it to greatness almost single-handedly. Not only did he produce and direct the film but also pulled off three roles- of Karna, Duryodhana, and Krishna- with a flair that was typical to him. A movie that had first opened to empty halls, eventually went on to become one of the most memorable hits in the history of Telugu cinema. Helmed by visionary director K Viswanath, Shakarabharanam marveled film lovers on numerous fronts. The musical classic is fondly remembered for the director’s devout portrayal of art. Yet another masterpiece from the canvas of maestro K Viswanath, Swati Muthyam came as a brilliant commentary on social conventions. Powered by a mesmerising performance from Kamal and the evergreen tunes of Illayaraja, the film etched its place in the hearts of millions. Cut through to 2020 and the film still holds the credit for being the only Telugu film to be sent to the Oscars. Made by one of the most revered filmmakers, Rudraveena came as a thought-provoking film in the 80s. From fighting alcoholism to challenging untouchability, the film confronted several societal issues at the time. Apparently, Rudraveena even inspired social work in a few villages in united Andhra Pradesh. Seldom do we get films that redefine the very dimension of filmmaking. Shiva, which marked the debut of maverick director Ram Gopal Varma, is one such gem that scripted history to become a pathbreaking film. From brawny action sequences to the realistic portrayal of student politics prevalent then, everything about this film spells magic even after three decades of its release. 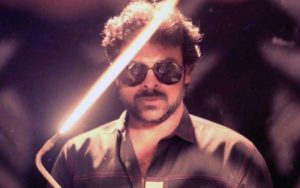 Gang Leader stands as one of the biggest blockbusters in Chiranjeevi’s illustrious career. Be it for the jaw-dropping dance moves, terrific action sequences, or the immersive plot, the Vijaya Bapineedu directorial wooed the audience like none other. With a rip-roaring Chiranjeevi at the core, the film continues to be a firm favourite for many.

Which classics would make the cut to your list of top 10 Telugu movies? Let us know in the comments below.