The sea surge in the Bay of Bengal has threatened our prized possession: the picturesque coastline. The popular Ramakrishna beach road was attacked by huge waves which ravaged the beach and road, ringing alarm bells and forcing civic authorities to shut down a part of the beach. The ingress left its mark on the beaches of Visakhapatnam with heavy tides uprooting trees and bringing down many houses along the shore near the Submarine Museum, Mangamaripeta, Uppada, Dibbadipalem apart from other areas. The beach road near Kursura Museum was scoured and a part of the road too caved in.

Various factors have to be blamed. Several scientists say that concrete jungles along the coastline are a cause, while others lay the onus on the erosion of mangroves. Regarding Visakhapatnam specifically, environment scientist and Head of Environmental Department at Andhra University, Visakhapatnam KVSR Prasad expressed that coastal erosion is a man-made problem caused by the breakwater systems of the industries in the Port. These systems arrest the movement of sand particles and lead to coastal erosion. As per another theory, the cyclone led to vast quantities of sand from the beach to be deposited on the land, causing severe loss of beach sand. This affected sedimentation adding to severe erosion. Experts also point out that the non-uniformity coastal structure of makes it susceptible to beach erosion too. Chief Minister N. Chandrababu Naidu has directed officials to give top priority to strengthen sea boundaries from Rushikonda to Visakhapatnam city as it was the IT corridor of the east coast. The government has also set up a committee comprising of experts from National Institute of Ocean Technology, National Institute of Oceanography, APSRAC, Andhra University, IIT Chennai and various ports to work out a solution. To temporarily protect Beach Road, civic authorities stacked boulders and poured rubble to fill the breach. What should be the best course of action, however, before the beach is permanently affected is a pressing question. Vizagites voice their views. 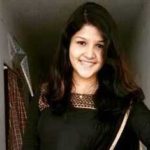 I still remember playing by a huge rock on the shore. But now, leave alone playing by the rock, I can’t even go near it as the rock is now almost submerged in water due to the coastal erosion. It is almost tragic that the beautiful sand that I first saw when I came to Vizag is on the verge of vanishing. 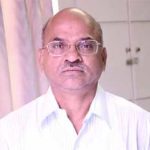 Erosion of the beach is a natural process that happens due to change in winds, tides, waves, littoral drift, water currents and various other factors. While it is natural for the sea to come forward onto the beach, excess constructions along the coast, like the construction of ports, jetties, breakwaters and other structures, cause barriers for the movement of sand towards the beach and maintaining beach equilibrium. These man-made structures would affect the beach with deposition on one side and severe erosion on the other side of the structure. Thus while sea surges are natural, man-made obstructions can worsen the effect. The erosion problem on Beach Road has to be dealt with carefully by the engineers, who need to create proper barricades and jetties after studying the surge pattern. Also, even if the surge along the beach stretch is controlled, we must still be prepared for the surge to occur at other places. Such changes in the ocean pattern also causes the sands to shift, making the ocean deeper at one end and causing sand deposits at another. Encouraging the plantation growth closer to the beach can also help control destruction.