BCCI shortlists 6 cities for the 2 new IPL teams. Did Vizag make the cut? 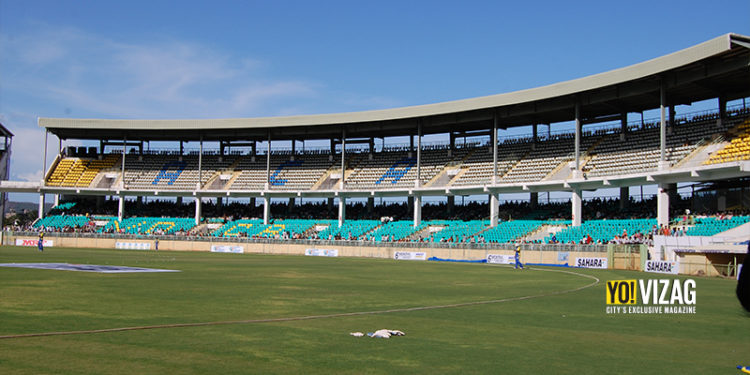 When the Board of Control for Cricket in India (BCCI) announced that it will be adding two new teams to the Indian Premier League (IPL), a lot of cricket fans in Vizag got excited. They believed that Vizag would also find its place in this highly popular tournament. And with every passing month, this belief only got stronger.

Vizag shares a good history with the IPL. Over the years, it has acted as a second home to multiple IPL teams. Not just that, two players from Vizag, Venugopal Rao and Srikar Bharat, have gone on to feature in the IPL with Delhi Daredevils. Vizag is also an outstanding cricketing venue. The Dr. YS Rajasekhara Reddy ACA-VDCA cricket stadium has hosted some of the most memorable moments of Indian cricket, from MS Dhoni’s first ODI ton to Kuldeep Yadav’s second ODI hattrick. Considering all this, Vizag became a good candidate for being one of the two new IPL teams.

The process for the new IPL teams is that the BCCI releases a tender specifying the cities that are available to bid for and then, various investors send in their bids. This whole process is expected to take about two months and the new IPL teams are expected to be announced during this year’s IPL playoffs. Accordingly, BCCI has reportedly shortlisted the six cities that are available for these two new IPL franchises. The question that remained was whether Vizag had made the cut.

Now, unfortunately, the BCCI has gone ahead with other cities. They have shortlisted six cities – Guwahati, Ranchi, Cuttack, Ahmedabad, Lucknow and Dharamsala. Out of these six cities, Ahmedabad, Lucknow and Ranchi were expected to be selected and have much better odds than the remaining cities. Dharamsala has been a permanent second home for the IPL franchise Punjab Kings. All six cities have hosted international cricket in some capacity.

There has been no official statement on why Vizag wasn’t selected or why these six cities, in particular, were selected for the new IPL teams. But it has been reportedly said that the BCCI is looking to target Hindi-speaking regions with the two new IPL teams. It has also been noted that there is already an IPL team from the two Telugu-speaking states (Sunrisers Hyderabad). Either way, Visakhapatnam has missed a great chance to grow its cricketing credentials and become one of the upcoming centres of cricket in India. But it is not the end of the road for Vizag. The city is surely growing in its talent pool, as shown by the cricketer K Nitish Kumar Reddy who was recently selected as a net bowler for the IPL franchise Chennai Super Kings (CSK).