Home » Entertainment » From The Shining to The Conjuring: 7 horror movies you must watch on Netflix

From The Shining to The Conjuring: 7 horror movies you must watch on Netflix The sinister plots, the eerie settings, the haunting background scores, and the creepy characters-don’t we just love to get immersed in a compelling horror film? As a genre that continues to remain hugely popular, there have been several amazing films that have bowled over the audience with nerve-wracking drama. Here, we give you a glimpse of 7 amazing horror movies and psychological thrillers that you must watch on Netflix. Backed by terrific filmmaking and some spell-binding performances, a few of these continue to be revered as the greatest in the genre.

7 horror movies you must watch on Netflix: The Shinning is an adaptation of Stephen King’s novel that readily holds the audience captive with its dark plot. Jack Torrance (Jack Nicholson), along with his wife and son, moves into the Overlook Hotel where he has been hired as the caretaker. However, the hotel has a troubling past that soon endangers the entire family. Directed by legendary filmmaker Stanley Kubrick, The Shining continues to be regarded as one of the finest psychological thrillers ever made. It’s 2020 and not many horror films have been able to replicate the impact similar to that created by 1973 classic The Exorcist. Directed by William Friedkin, this edge-of-the-seat-thriller is acclaimed as one of the greatest horror films. The movie revolves around Chris MacNeil, an actress and the exorcism of her 12-year old daughter Regan, who is possessed by a demon. 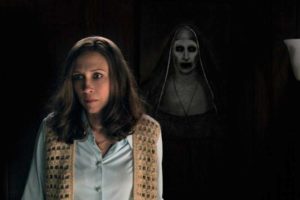 Roger and Carolyn Perron, along with their daughters and their dog Nancy encounter supernatural elements in their farmhouse. They receive help from Ed and Lorraine Warren to chase the evil spirit away. Directed by James Wan, The Conjuring is among the recent films that managed to make a profound impact on audiences worldwide, with its chilling portrayal of horror. 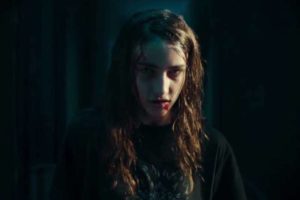 During a solar eclipse, Veronica is possessed by a demon spirit after using the Ouija board with her friends. The movie takes inspiration from a true case of a young girl in Vallecas, South Madrid, who died mysteriously days after playing with an Ouija board. In fact, a section of film lovers even regards Veronica as one of the scariest horror movies streaming on Netflix. 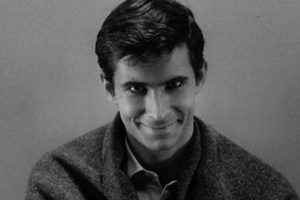 No list of classic horror films can be complete without Mr Hitchcock gracing it, can it? One of his all-time classics, Psycho is still considered to be one of the most influential films ever made in the genre. Backed by a riveting plot and a mesmerising performance by Anthony Perkins, Psycho stood as one of the biggest hits in the director’s career. Also, watch out for the 45-second-long shower murder scene, which has etched its place among the most iconic scenes in the history of cinema. 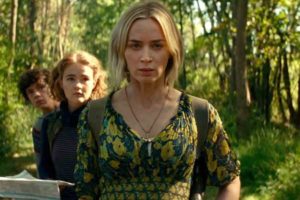 A Quiet Place is set in a post-apocalyptic world where people are required to maintain absolute silence to survive. The movie revolves around the Abbott family that lives in constant fear of being attacked by alien creatures possessing an acute sense of hearing. Directed by John Krasinski, this engaging sci-fi thriller won many accolades and is among the decent horror movies one must watch on Netflix. Train to Busan revolves around Seok-Woo (Gong-Yoo) and his daughter who board a train from Seoul to Busan. The South Korean flick takes the audience on a terrifying ride once the passengers aboard the train find out about the zombie outbreak within.