From 11.22.63 to Chernobyl: 5 amazing miniseries that you must watch 310
SHARES
3.1k
VIEWS
Share on FacebookShare on TwitterShare on WhatsAppShare on TelegramShare on Email

Brevity is the soul of wit. Devoting time to a series like Friends or Game of Thrones can be time-consuming. Whereas miniseries can provide the respite so direly needed. Miniseries consist of minimal episodes with crisp and concise writing. Through this, the audience is able to finish watching more than one series within a short span of time. Viewing a miniseries has gained popularity with its own set of advantages, it certainly makes binge-watching easier. To start with, here are a few miniseries you must watch: 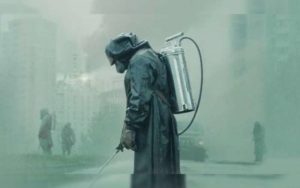 A historical drama that showcases the lives of the people involved in one of history’s most catastrophic nuclear accidents in the city of Chernobyl. Life would never remain the same for many people after 26 April 1986. The incident still remains veiled in mystery, with uncountable lives poisoned amidst the struggle for survival. This dramatized miniseries features one of the worst nuclear disasters in USSR that the world would not forget. This miniseries tells the haunting tale of an attention-seeking killer, who starts on the dark path with the murder of cats. This gruesome thriller is a documentary based on true events. The story takes off on a chase to catch the nefarious killer Luka Magnotta by internet sleuths. Luka Magnotta is not hesitant to display his notorious murders over the internet. In fact, he revels in the attention it brings.

#3 And Then There Were None The miniseries is an adaptation of the “Queen of Crime” Agatha Christie’s masterpiece called “And Then There Were None”. Ten strangers are invited to a mansion on a secluded island but their hosts are nowhere to be found. And before they know, they are all accused of crimes. There lurks a mysterious killer amongst them who seeks to murder them one at a time for justice. Time travelling through eight episodes with the protagonist becomes an adventurous feat in this miniseries. An English professor Jack Epping (James Franco) time travels back on a singular mission— to prevent the infamous assassination of US President John F. Kennedy. But time traveling always comes with consequences. The miniseries “11.22.63” is an adaptation of a novel of the same name by Stephen King. The miniseries brings to the audience the empowering life story of the self-made Madam C.J. Walker who is an African American entrepreneur in the hair care industry. The Guinness Book of World Records lists her as the first documented female millionaire! Madam C.J Walker’s life story is an inspiring tale of a woman who beat all odds to leave behind a mark in history. The titular role is played by the actress Octavia Spencer.

For people who are seeking novelty, each one of these miniseries is a gem with its intrinsically-woven plots, underlined themes and moving character arcs. These must watch miniseries are quick to grab attention and leave a long-lasting impact on the audience.