Autorickshaw drivers in Visakhapatnam not happy with the new rule

Autorickshaw drivers in Visakhapatnam not happy with the new rule 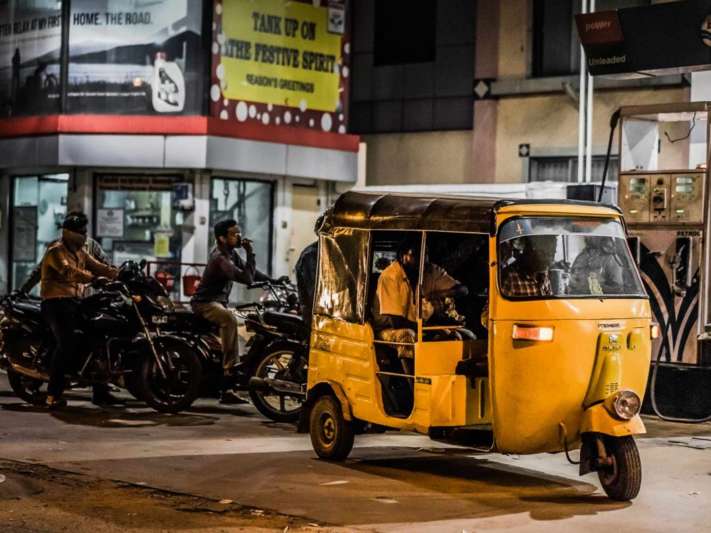 RTA Visakhapatnam’s recent decision to not allow autorickshaws on NH from 7 p.m to 5 a.m, has not gone down well with many of the autorickshaw drivers in the city. As per the authorities, the decision was taken after an increase in the number of accidents involving autorickshaws on the National Highway. Across the state, a splurge in the road mishaps was reported, especially late in the evenings and nights.

Over the year, the autorickshaw drivers came under the scanner for not following safety regulations and breaking laws multiple times. While overcrowding and lack of traffic sense have been an issue since long, many three-wheelers have also been deteriorating the city’s air quality by not following the pollution norms.

“Auto drivers do not give two hoots to the road safety norms. For example, many of the autos do not have the mandatory danger lights on the rear, making it difficult for the drivers of other vehicle notice the three-wheelers. And it often leads to accidents”, Deputy Transport Commissioner S. Venkateswara Rao, was quoted as saying by The Hindu.

Another driver, who was visibly agitated with the new rule, said, “The traffic police already make our lives tough. Agreed that a few drivers fail to follow safety regulations and are contributing to the mishaps on roads. But that doesn’t mean that all the autorickshaw drivers will have to face the brunt. A suitable alternative should be provided to compensate for the loss of revenue.”