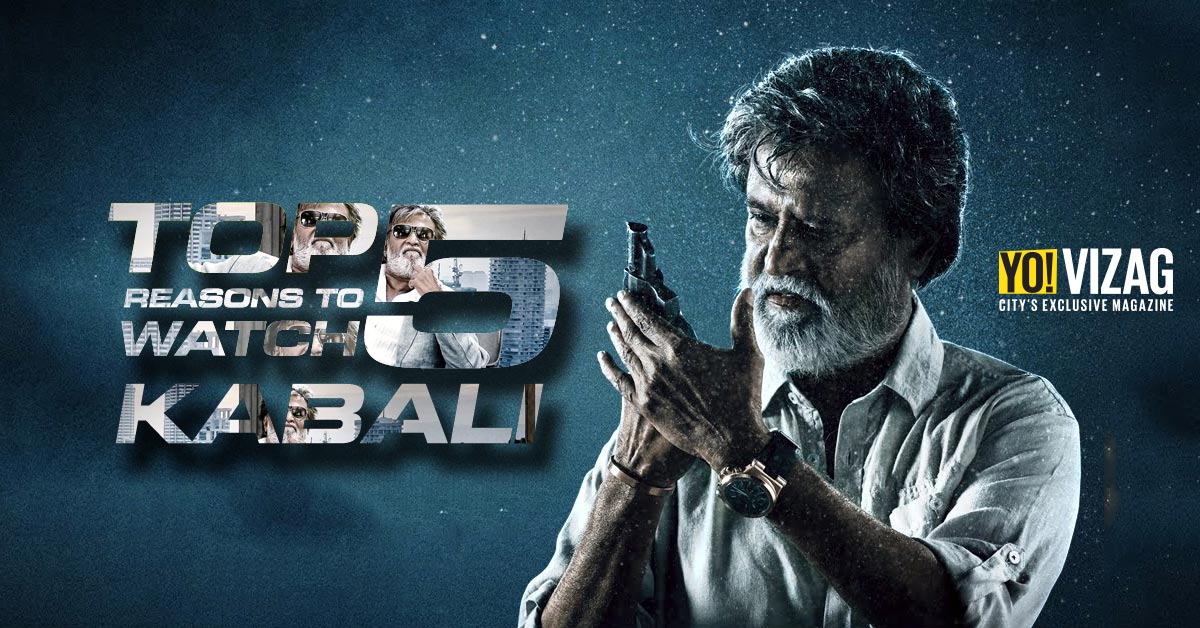 Kabali is set to release tomorrow (22 July) & the world is already going bonkers. Many Chennai and Bengaluru companies declared tomorrow a holiday because it’s a given that employees would rather watch Kabali than come to work anyway. Mumbai joined the madness by having a Kabali themed bus that cruised from Wadala Bus Depot to Inorbit Malad and a flashmob was organised to the song Neruppa Da near Aurora Theatre. The cherry on top though remains the Kabali themed Air Asia flight that flew across Bengaluru, New Delhi, Goa, Pune, Chandigarh, Jaipur, Guwahati, Imphal, Vizag and Kochi. What other movie can even boast of such promotions?

Kabali is set to release in over 500 screens in Andhra Pradesh and Telangana collectively. 60 theatres alone have been booked in Vizag for the release. Five theatres in Vizag have opened advance booking for 20 shows on the opening day and they’ve already been sold out.

So if you’re the one person who’s not excited about Kabali, or have been living under a rock, it’s time to crawl out and get in on the madness. We give you top 5 reasons to watch Kabali:

More than 160 films, fantabulous acting skills and a style icon. Does anything more even need to be said? No!

The movie features the new poster girl for exceptionalism (we just made up that word).

The character of Kabali is inspired by the unforgettable character Kali from Mullum Malarum.

Because We Said So

When a movie has such innovative promotions and a star has such a huge fan following, it is only fair that the movie must not be missed. To quote Director Mahendran, “Today’s generation don’t really seem to know how talented an actor Rajinikanth is. They seem to know only about his stylishness.”

So book your tickets now & if they’re all sold out, download the Kabali app while you wait.