Thotlakonda and Its Degraded State Continues - Yo! Vizag

Thotlakonda and Its Continuing Degraded State 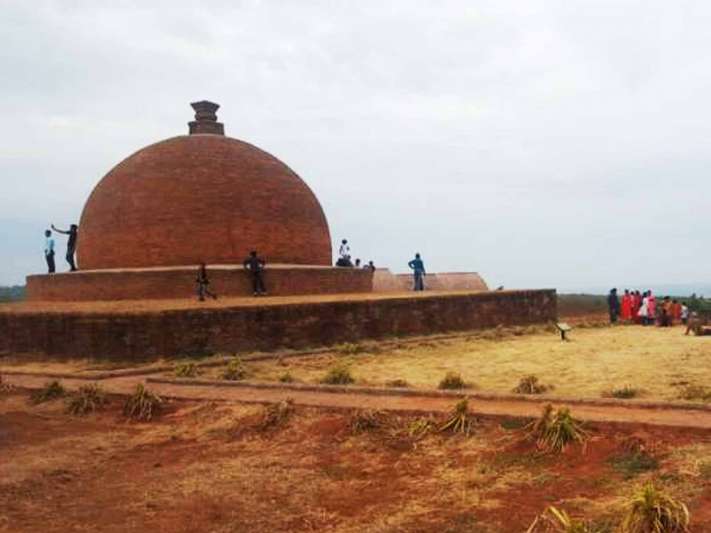 We’ve written in the past about the sad state of affairs that Thotlakonda is in, facing neglect both from the local authorities and visitors. While the tourists visiting the site fail to keep it clean, they still do expect some basic facilities to be available on site. Lack of dustbins is not something Thotlakonda faces.

What it does lack are drinking water, toilets and lack of maintenance. Weeds grow all over and around the stupas here and tourists hope for a small shop to be set up so they can atleast buy some drinking water. Littered with liquor bottles and love birds, tourists find it inconvenient to bring along their families to this spiritual site that has unfortunately been long neglected.

The holy structures have been defaced with names of people and thick weeds growing in the area reportedly block people from seeing the signs describing the sanctity of the maha stupas, cisterns, votive platforms, kitchen complex and dining hall. When a tourism official was asked about the same by a daily, he said that signboards and dustbins have been put up at the site and a good footpath was also laid with direction boards in place. A children’s park will also be reportedly coming up.

“A hall is being constructed to house a museum. Pictures of stupas and other Buddhist monuments would be displayed in the museum,” he told the daily.

While we agree that the place could do with some basic maintenance, like we previously wrote, it is not too much to expect people to treat the place with some respect.