Quarter of a million views and incessant coverage in the national media were accorded to a video early this month. In the video, a woman’s voice can be heard berating an old man, who allegedly assaulted her. And aboard the Indigo flight where it happened, the woman who filmed her culprit stated in unequivocal terms, ‘We women will fight back’.

Regrettably, sexual harassment rears its ugly head in every segment of our society today. Whether you are a celebrity like Deepika Padukone or a barely known person who covers yourself from neck to toe in loose garments and live in a barely known locality of Vizag, chances that you face harassment are still quite high. This harassment ranges from verbal abuse, molestation, workplace harassment and advances up to rape. It doesn’t stop with women, it happens with men, teenagers and children too. The molestation of a six year old school girl in a Bangalore school is a sad testament to the fact that it’s not just the grown-ups who are abused.

Media attention prompts police action and is proof that such cases do get reported. And then there are those that don’t. Sadly, perverted occurrences like these push parents to teach their children about sexual harassment at an age when they should be teaching them how tie their shoelaces. Kids are armed with pepper sprays, mobiles and loads of advice before they can step out of homes. If this is the threshold that we stand at today, then we need to question ourselves, how? How do we change mindsets? How do we shape the perspective on women? What do we tell our daughters? Our sons? And how do we change the society for the better? 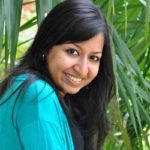 Sexual harassment is an issue that is present everywhere. It does not necessarily have to be manifested physically. Sexual harassment is often camouflaged through offensive statements or behaviour. In Vizag, most workplaces are dominated with men and percentage of women employees is very less. Also, very few women are able to break the glass ceiling to occupy top level managerial positions. This imbalance does affect working women who have to deal with a work space that has an inherent bias against them. They often have to deal with comments or behaviours from colleagues that have a sexual overtone. For instance, a fellow colleague may pass a nasty joke, send suggestive phone messages or make a crude remark on your sense of dressing. Even that is a form of sexual harassment. Unfortunately, not all work places have internal complaints committee to deal with sexual harassment issues. Even if they have one, often women are not aware of their right to revolt or lodge a complaint. Having to deal with the outside world daily, the middle class and lower middle class working women are more susceptible to sexual harassment. Women employees in malls and showrooms also have to deal with sexual harassment at different levels. I feel every workplace must have complaints committee which will deal with such incidences and strong action must be taken against such individuals. In many top organizations, a sexual harassment complaint leads to the sacking of the employee against whom the case has been registered. Women must come out and voice their protest against any form of sexual harassment. Unless work spaces are more women friendly and sans gender bias, women employees will continue to be relegated to a muted voice and they will continue to struggle to reach the top echelons in organizations.
Nivedita Ganguly
Principal Correspondent, The Hindu 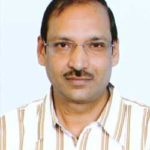 So far no country has been able to achieve 100% results with respect to women’s safety. In my opinion, it is difficult to eradicate sexual harassment against women but it can be minimised. A few ways in which colleges can prevent such crimes from happening are: 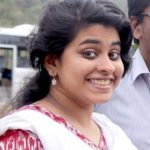 Despite facing a lot of challenges, women have reached the pinnacle of glory in all spheres of life in today’s era. But women are being exploited, and are denied the most basic and fundamental right i.e. The Right to Freedom in this so called modern world that we live in. They are looked down as inferior and helpless beings and are often blamed for provoking the mishap to occur in the first place, thereby reassuring the sadistic role of men in society. Women should be given the opportunity and freedom to explore and broaden their horizons based on their talents and endeavours rather than demeaning them in the act of sexual harassment. 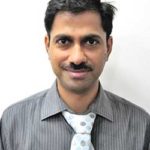 Sexual harassment could be in the form of childhood sexual abuse and molestation, including rape of children or adults. This can happen at home, in the neighbourhood, in public places, educational institutes and work places. To prevent such incidents, it is crucial to create awareness among children, parents, teachers and general public so that they are highly vigilant of the early warning signs of such possibilities. At a community level, police and civic administrations have a larger responsibility in sensitising their officers in handling such matters. Sexual harassment during childhood or in adult life may often result in psychological health problems such as depression, post-traumatic stress disorder, sleep disturbances, self-harm, suicidal tendencies and longstanding personality changes. Help should be sought from health professionals for counselling and necessary treatment. There is no unique profile of perpetrators of sexual harassment as they may have varied background. In places of employment, it is important to conduct a background check on prospective employees before recruitment to ensure that they have no history of sexually inappropriate behaviour. Parents and teachers have an important responsibility in educating their children and sensitising them in identifying such potential perpetrators and how to avoid interacting with them. Visakhapatnam, like any rapidly urbanising city in India has its unique challenges. With regards to sexual harassment in public places in particular, there should be a coordinated collective effort among educational, social, police and judicial agencies in reducing the prevalence of such incidents.
Dr. Malladi Srinivasa Sastry, MBBS MRC Psych
Previously Consultant Northamptonshire HNHS Trust (UK), Currently Consultant Psychiatrist, IMH, Singapore