Major cities that lie along the National Highway 16 passing Vizag

Major cities that lie along the National Highway 16 passing Vizag Over the years, Vizag has grown to be one of the most influential cities in the country. As many multinational companies establish their branches in Vizag, the city’s growing economy has set it up to become the executive capital of Andhra Pradesh. This also means that Vizag’s connectivity to other major cities of the country is growing stronger by the day. Here are some of the cities that Vizag is connected to via National Highways along the corridors of East India.

Towards the south of Vizag Chennai, the capital city of Tamil Nadu, is further down south from Vizag. Along similar lines as Vizag, Chennai also shares a beautiful coastline of the Bay of Bengal. 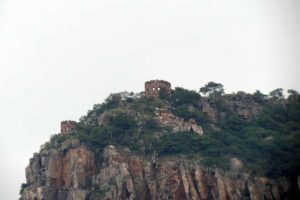 One of the most populous cities of AP, Nellore lies by the banks of the Penna River. The city also acts as the headquarters of the Nellore District.

Famous for its mouth-watering street food, Guntur grows the best chillies in the state of AP. It is also one of the major cities of Andhra Pradesh and hosts a few state offices. Geographically lying at the center of AP, Vijayawada is set along the banks of the Krishna River. With many colleges and universities in the city, it is also considered the educational hub of the state. Located at the banks of the River Godavari, the Ganges of the South, Rajahmundry is considered one of the holy cities of AP. 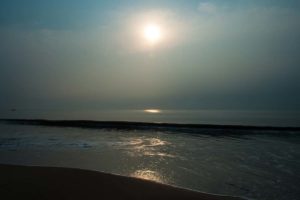 If visiting Kakinada, one must try its famous dessert Khaja. One of the coastal cities of AP, Kakinada is also the administrative headquarters of the East Godavari District. Located on the banks of the Pampa River, Annavaram is known as the temple town of Andhra Pradesh. Pilgrims from all over the country come to visit the Lord Vishnu temple in the city.

Towards North of Vizag One of the principal towns of Uttarandhra (North Andhra), Vizianagaram hosts many tourist attractions. Owing to its close proximity to Vizag, the city is frequently visited by Vizagites over weekends. Srikakulam has a rich history attached to it. The Buddhist site of Salihundam, and the unique Sun Temple, are must-visit places, when here. Crossing the AP state borders, we enter the state of Odisha and get to its capital city of Bhubaneswar. The city holds a diverse history of Hindu, Buddhist and Jain heritage. The unique city of Cuttack lies on a peninsula; flanked by the Mahanadi River, on the north, and the Kathajodi River, to its south. The ruins of the Barabati Fort in Cuttack reflect the medieval significance of the city. The cosmopolitan city of Kharagpur is one of the most populous cities in West Bengal. Apart from having a rich industrial setup, the city also hosted the very first Indian Institute of Technology (IIT) in 1950. The capital city of West Bengal, Kolkata is one of the major trading cities of the country. Kolkata is known for its literature, arts and colonial architecture among other attractions. It is located at the Western end, connecting to National Highway 16.