We are almost halfway through the tournament and we will finally be witnessing the El Clasico of the Indian Premier League. It is the battle of the giants of IPL, Mumbai Indians (MI) and Chennai Super Kings (CSK). After a very one-sided match yesterday between the Delhi Capitals and Punjab Kings, IPL fans will be looking forward to an exciting contest. If not for the teams who have bagged a combined 9 trophies, who else will thrill the audience? Though both the teams are pinned down to the last two positions on the points table, fans will be on the edge of their seats to witness the cricket bonanza. Today’s match will decide the fate of both the teams at the 2022 edition. Here is a detailed pre-match report of the 33rd match of IPL 2022, MI vs CSK.

Mumbai’s top buy this season, Ishan Kishan, and their skipper Rohit Sharma have failed in giving the start the team required in all their matches so far. Thanks to the U-19 stars from India and South Africa, Tilak Varma and Dewald Brewis, MI was able to put up decent scores on the board. Though Bumrah has been economical with the runs, he was wicketless in 4 out of the 6 matches they have played this season. No other bowler has really offered support to Bumrah, resulting in a massive failure from the bowling department. The average number of runs scored by opposition teams against MI is close to 180 and it should be of great concern given their situation at the moment. On a positive note, Kieron Pollard has a good record both with the bat and ball against the Chennai side. The Aussie pacer Riley Meredith is expected to replace Tymal Mills today.

Similar to MI, the Super Kings are on the brink of losing all their chances to make it to the playoffs this season. Ruturaj Gaikwad has finally displayed his potential as a dangerous opener scoring 73 runs against Gujarat in the last match, albeit in a losing cause. The pace woes for CSK continue, as they lost to GT despite picking up 5 wickets in quick succession. Chris Jordan’s failure in the death overs has majorly contributed to their loss, with some fielding mistakes and inability to capitalize on good starts being the other reasons. Skipper Jadeja will play a key role as he had great success against the MI team in the past. He has successfully tackled the danger from Rohit Sharma and Surya Kumar Yadav in their previous encounters. Maheesh Theekshana has been the pick of the bowlers, after whose arrival the team has become consistent in picking up wickets in the powerplay.

Out of the 32 matches played between these two teams, MI has an upper hand by winning 19 matches, while CSK won 13.

DY Patil is a moderately scoring ground, with the pitch assisting the spinner in the later stages of the match. Out of the 11 matches played here in this edition, 6 matches have been won by teams chasing while 5 matches were won by defending teams. The average first innings score is close to 172, with the highest score being 216. The long boundaries at this venue will test the fielders.

Enjoy the MI vs CSK match and stay tuned for more IPL 2022 updates! 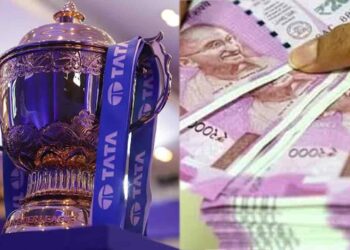