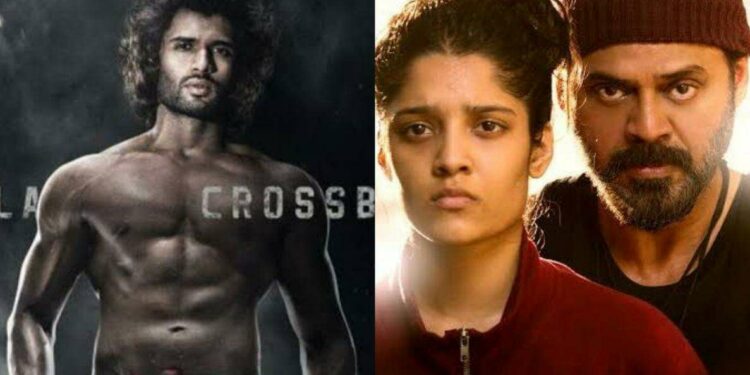 With a limited list of directors venturing into the genre of sports in the Telugu Film Industry, we would love to see more. Liger directed by Puri Jagannadh and starring Vijay Devarakonda and Ananya Pandey made the headlines today with its trailer launch. The new Telugu sports drama has been making some noise for the actor’s transformation and for having the legendary Mike Tyson on board. As you await its release on 25 August 2022, here are a few Telugu sports dramas you must watch.

Here is a list of Telugu sports dramas you must watch if you liked the trailer of Liger.

One of those old classics that mastered the art of sports drama, this Telugu movie directed by the legendary SS Rajamouli is a must-watch. Starring Genelia D’Souza, Nithin, Shashank, and Rajeev Kanakala in prominent roles. The plot of the story is about how two rival student groups in a college join hands to defeat a mafia leader in the game of rugby. The emotional relatable movie was a huge success at the box office with many awards in its bag. Watch the movie on Zee5 and let us know what you thought.

When the students of the Golconda High School are challenged to win a match of cricket at the state level to retain their playground from being taken away, they along with their coach do everything in their power to stand tall at the state level game. Directed by Mohan Krishna Indraganti, the cast of the movie includes Sumanth, Swathi Reddy, and others in prominent roles. Watch the movie on Zee5.

Yet another Telugu sports drama that is a must-watch, is this one directed by Tatineni Satya. Starring Naani, Saranya Mohan, Siddu Jonnalagadda and others in lead roles, the plot follows a kabbadi player. He falls in love with a woman who comes to his village. When a state-level tournament is organised, the lead kabaddi player and his friends face various challenges to win the title. Watch the movie on Zee5.

The 2017 Guru, directed by Sudha Kongara Prasad is a remake of a Tamil movie by the same director. With a touching storyline, guru made it big at the box office. The plot of the movie follows a  boxer who sees potential in a vegetable vendor and decides to train her in boxing. Watch how the two do not get along due to their nature and how the girl’s fate changes altogether. The cast of the movie includes Daggubati Venkatesh, Ritika Singh and others in prominent roles. Watch the movie on Zee5.

One of the most loved Telugu sports dramas in recent times, Jersey directed by Gowtam Naidu Tinnanuri is about a talented but failed cricketer who decides to return to the game in his late thirties to fulfil his son’s wish for an Indian jersey as a gift. The cast of the movie includes Naani, Shraddha Srinath, Ronit Kamra and others in lead roles. This movie will surely make you cry as each actor has mastered their performance. Watch the movie on SonyLiv.

An athlete dreams of winning the gold medal at a national level sports tournament, but fails to achieve it, However despite all odds, he pursues his passion and this has been beautifully depicted by director Prithivi Adithya in the movie clap. Starring Aadhi Pinisetty, Aakanksha Sing and others in prominent roles, this movie is worth a watch.  Watch the movie on SonyLiv.

Let us know in the comments below which of these Telugu sports dramas you loved and what is your thought of the Liger trailer.