Ban on several Chinese apps coupled with the Government of India’s call for supporting local businesses has given an added boost to several home-grown innovators over the last couple of months. Joining the bandwagon of young innovators from the country, student of GITAM in Vizag has developed a mobile application as an alternative to China’s SHAREit app, used for transferring files easily. Named IndiaShare, the app promises added safety and security to users, while entertaining them with latest news snippets and short-form videos in-app.

The idea of developing the app struck during the lockdown, says BSS Madhav, a fourth year ECE student from GITAM, Vizag. “Three of my school friends -Prashant Sengar, Ritesh Singh, Preet Tyagi- and I decided to develop the app after we got to know about the ban on several Chinese apps, including SHAREit. While I wouldn’t want to comment on the security breaches in the aforementioned application, IndiaShare has a complete end-to-end security system that takes no unnecessary information from the end-user. The app requires some basic permissions to run, and we have mentioned all of them explicitly in our PlayStore description. The idea is to provide a safer, easier way to share files without worrying about your cybersecurity,” the youngster says. 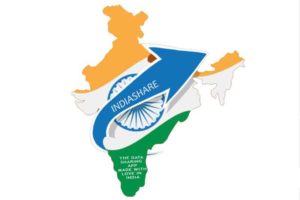 IndiaShare has been developed by four engineering students within just a month, and the young developer credits his professors at GITAM University for encouraging innovative talent. The application has nearly 3,000 downloads on the PlayStore within a month of its launch, and has received great response from users so far, Madhav adds. Along with high-speed file sharing, IndiaShare also features a short-form video section and news tab. “We are currently filtering out genuine, verified content from the internet and displaying it on the app,” he says. In addition to these new features on the platform, the founders also insist on keeping the file sharing platform devoid of frequent advertisements.

BSS Madhav hopes to secure a job at a core ECE company in the future, and continue his work for the country. IndiaShare is touted to be a potent alternative to SHAREit and is currently live on the Android Play Store and is free for downloads.