Foundation stone laid for a YSR Agri Lab in Visakhapatnam

Foundation stone laid for a YSR Agri Lab in Visakhapatnam Andhra Pradesh State Tourism Minister, Muttamsetti Srinivasa Rao, along with Visakhapatnam Mayor, Golagani Hari Venkata Kumari, laid the foundation stone for the new YSR Fertiliser and Pesticide Quality Testing Centre – Agri Testing Lab. This was done on Tuesday, at the Bheemunipatnam constituency of Visakhapatnam. Reportedly, the testing lab is being established at a cost of Rs.73,54,000. An Aqua Lab was also opened recently in Bheemunipatnam, coming as a boost to the aqua farmers in the city.

Agri Testing Labs are being set up in every constituency with the intention of providing quality seeds and fertilisers to the farmers. The tests, carried out at these centres, would monitor the quality of fertilisers and seeds that would in return promise good yield to the farmers. Rural farmers can access these facilities by applying for the testing process through their village Secretariats.

On the aforesaid objective, the Andhra Pradesh State Government had issued necessary orders in July 2020. The orders envisaged the establishment of 147 such labs at constituency level, 13 district level labs and four regional coding centres. The regional coding centres will be set up in Visakhapatnam, Eluru, Guntur and Tirupati.

A proposal to set up these labs, at an estimated cost of Rs.197.09 crores, had been accepted by the National Bank For Agriculture And Rural Development (NABARD) and also received funding from the organisation. NABARD, under the Rural Infrastructure Development Fund (RIDF), sanctioned a loan amount of Rs. 150.33 crores for setting up the Agri labs across the state.

A total of Rs. 290.94 lakhs of the sanctioned amount is being spent on the development of the Agri Lab in the Visakhapatnam District. Apart from the main allotment, the four regional coding centres have been sanctioned Rs. 83.13 lakhs each. 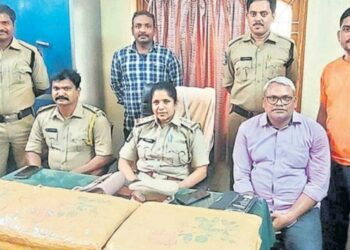 Plan a weekend getaway from Vizag at Novotel Bheemili