10 eminent personalities born in Srikakulam District and their stories

10 eminent personalities born in Srikakulam District and their stories Srikakulam District is known to be one of the developing regions of Andhra Pradesh. Today if Srikakulam is seeing development, and representation, from all corners, it’s because of certain eminent personalities who were born in this district. They have worked hard, defied the odds, and made a remarkable impact with their contributions. Read ahead to know more about who some of these personalities are. Grandhi Mallikarjuna Rao was born in Rajam, a town in the Srikakulam District of Andhra Pradesh on 14 July 1950. Mr. G M Rao graduated as a mechanical engineer from the Andhra University and went on to join the Andhra Pradesh Government as a junior engineer. Mr. Rao didn’t find his day job satisfying and forayed into the world of commodities. Leveraging from local banks, Rao acquired bootless jute mills and turned them into a fortune. In due course, Mr. G M Rao collaborated with ING and incorporated the Vysya Bank. Mr. Rao later sold his stake in Vysya bank and established an infrastructure company – the GMR Group. Grandhi Mallikarjuna Rao currently has a net worth of 2.5 billion USD and is amongst India’s richest individuals. One of the many eminent personalities born in Srikakulam District, Mr. Rao has brought a lot of popularity to his place of birth. Lolla Venkata Revanth Kumar Sharma was born in the Srikakulam District of Andhra Pradesh on 10 February 1990. After his graduation, Revanth moved to Hyderabad to pursue his passion for singing. He started his career in an ETV aired show named ‘Saptha Swaralu’ and also went on to win the Indian Idol season 9 title. Revanth also went on to sing the title track of the reality show, ‘Sabse Bada Kalakar’. This was his first recorded Hindi song. Telisiney Na Nuvvey and Oopiri Aaguthunnadey, from Arjun Reddy, and Manohari, from Baahubali: The Beginning, are a few songs sung by Revanth. 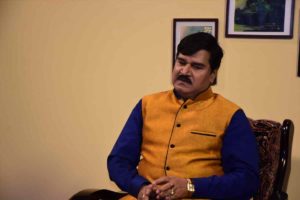 Kutikuppala Surya Rao was born in Kintali, a village in the Srikakulam District. of Andhra Pradesh on 10 October 1954. He is a doctor by profession who holds a post-graduation from the University of Colombo and a Ph.D. on “Ethical challenges involved in the treatment of HIV/AIDS ” from the Andhra University. Dr.Surya Rao was awarded the Guinness World Record for creating the largest HIV/AIDS  awareness Red Ribbon. He has also been bestowed with the Padma Shri, the WHO Award and the Mahatma Gandhi Parvasi Samman Award. Dr. Surya Rao is currently working on finding a cure for AIDS and developing medical treatments for HIV/AIDS infected. 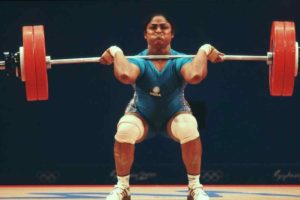 Karnam Malleswari, one of the most important personalities in Indian sports, was born in Voosavanipeta, a village in the Srikakulam Dist. of Andhra Pradesh on 1 June 1975. When she visited Delhi, the Sports Authority of India spotted her and added her to the national weightlifting team. Since 1990, she won the World Championship, in Istanbul, Asian Weightlifting Championship, in Korea, under the 54 kg division and China’s World Championship under the 113 kg division. Karnam Malleswari is a recipient of Rajiv Gandhi Khel Ratna, in 1995, and also the Padma Shri Award in the year 1999. After withdrawing from the 2004 Olympics, she retired from weightlifting and is currently working as a Chief General Manager at the Food Corporation of India. She was recently appointed as the first Vice-Chancellor of Delhi Sports University. 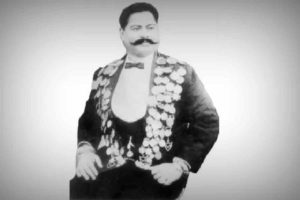 Kodi Ramamurthy Naidu, aka Prof. Ramamurthy, was born in Veeraghattam town in Srikakulam District, Andhra Pradesh in April 1882. Mr. Naidu joined a fitness centre in Vizianagaram. Pursuing a career in bodybuilding, Mr. Naidu went on his maiden trip to Madras, in 1911,  to showcase his skills. He broke steel chains, stopped motor cars and allowed elephants to pass over his chest in front of large gatherings. Revered as an Indian bodybuilder, Prof. Ramamurthy also worked as a Physical Education teacher in Vizianagaram. He was given the name  Indian Sandow, after the Prussian bodybuilder,  for his excellence. Later, Prof. Ramamurthy was also bestowed the title of Kaliyuga Bhima by King George V of the United Kingdom. Sardar Gouthu Latchanna was born in Baruva village, of Sompeta Mandal, in Srikakulam District, Andhra Pradesh on 16 August 1909. He was a leader of the masses, a freedom fighter and a social reformer. Latchanna participated in the Swaraj Movement when he was 21 and was subsequently arrested during the same time. After getting released, inspired by Mahatma Gandhi, he organised ‘Harijan Seva Sangam’ at Baruva. Latchanna was a leader of the weaker sections and fought for the backward castes. Later on in his life, he served as a member of the Andhra Pradesh Legislative Assembly for 35 years, from Sompeta Constituency, between 1948 – 1983. Latchanna also served once as a member of the Andhra Pradesh Legislative Council. At the age of 96, on 19 April 2006, Sardar Gouthu Latchanna passed away in Visakhapatnam. 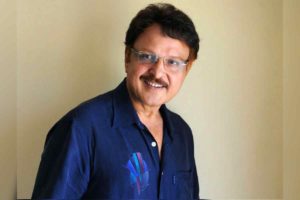 Sarath Babu was born in Amadalavalasa in Srikakulam District, Andhra Pradesh on 31 July 1951. An Indian film actor, his first film was Rama Rajyam in 1973. Sarath Babu is predominantly known for his roles in Tamil and Telugu films. He actively plays the role of supporting actors and has worked in over 200 films. Sarath Babu has received numerous awards, including eight Nandi Awards and the Tamil Nadu State Film Award for Best Character Artiste (Male) for the film Malayan in 2017. He was recently seen in the 2021 film Vakeel Saab. For his long and prestigious career, Sarath Babu is one of the eminent personalities in the Telugu Film Industry and has brought a lot of fame to Srikakulam District where he was born. Garimella Satyanarayana was born in Gonepadu village, Narsannapeta in Srikakulam District, Andhra Pradesh on 14 July 1893. He was a poet, writer and freedom fighter. Born into a poor family, Satyanarayana finished his studies with the help of a kind lawyer, Kannepalli Narasimha Rao. He later worked as a clerk in the Collector’s office of Ganjam District, post which was a teacher at a high school in Vizianagaram. With the call of Mahatma Gandhi, Garimella Satyanarayana left his work and joined the freedom struggle. He was jailed later for his impactful rendition of the song ‘Maakoddee Tella Doratanamu ‘. Despite rigorous punishment, and continuous imprisonments, he was steadfast in his approach to wooing people with his songs. Garimella Satyanarayana was also the author of the English poem ‘Heart of the Nation’. In a sad state of affairs, Garimella Satyanarayana passed away on 18 December 1952, aged 52, after spending several years in poverty. 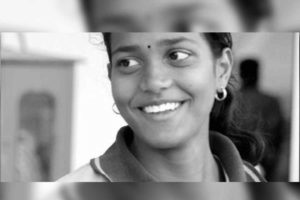 Chilukuri Narayana Rao was born in Ponduru, Srikakulam District, in 1890. He is a well-known Telugu writer, lexicographer, historian and scholar. Mr. Narayana Rao’s works include An Introduction to Dravidian Philology and Aandhra Bhaashaa Charitram. To honour his legendary works, he received the honorary doctorate degree of ‘Kala Prapoorna’ from the Andhra University in the year 1947. Chilukuri Narayana Rao passed away in 1952, aged 62.